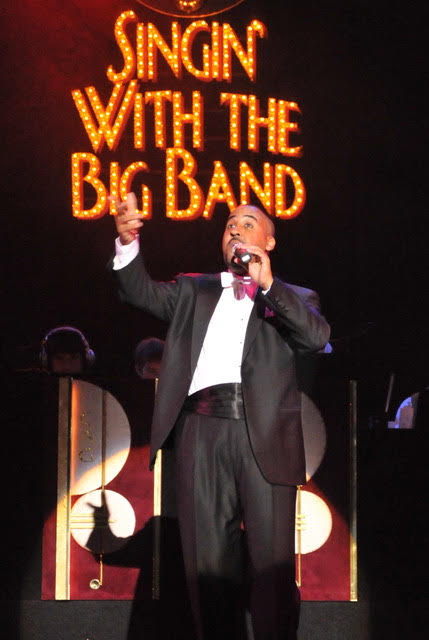 Christopher Alan Graves was born and raised in Philadelphia, PA but now lives outside of Columbus, OH. Christopher is currently employed as a Guest Entertainer for Carnival Cruise Lines traveling throughout the fleet with his very own shows. Throughout the last 30 plus years he has delighted audiences both on land and at sea through his gifted, self taught talent. Having performed various styles of music from Rock to Pop and County to Classical, Christopher found his voice in Big Band and Broadway music. The many years with Carnival paid off when he was asked to help put together two shows for them that he would be featured in. The first show is called “Singin’ With the Big Band: A Tribute to Frank and Sammy”. The idea for that show came from a childhood memory he had of his father listening to Frank Sinatra every Friday night on the radio. The second show is called “Once In My Lifetime” which takes the listener on a personal musical journey through Christopher’s career as a singer. With his mother’s side of the family being Italian and the fact that this second show was designed for a ship cruising the Mediterranean, Christopher thought this would be a great opportunity to perform some of his favorite Italian songs, among others, in tribute to the memory of his late mother. Both shows have been well received by audiences of all ages.

Christopher ‘wowed’ the TD Niagara Jazz Festival fans last year at the ‘Rat Pack Fundraiser’ and it was clear that he needed to come back to do a full show on the majestic stage at the Partridge Hall.  Christopher will be performing with Jim John’s Swing Shift Big Band from Toronto for this world premiere!