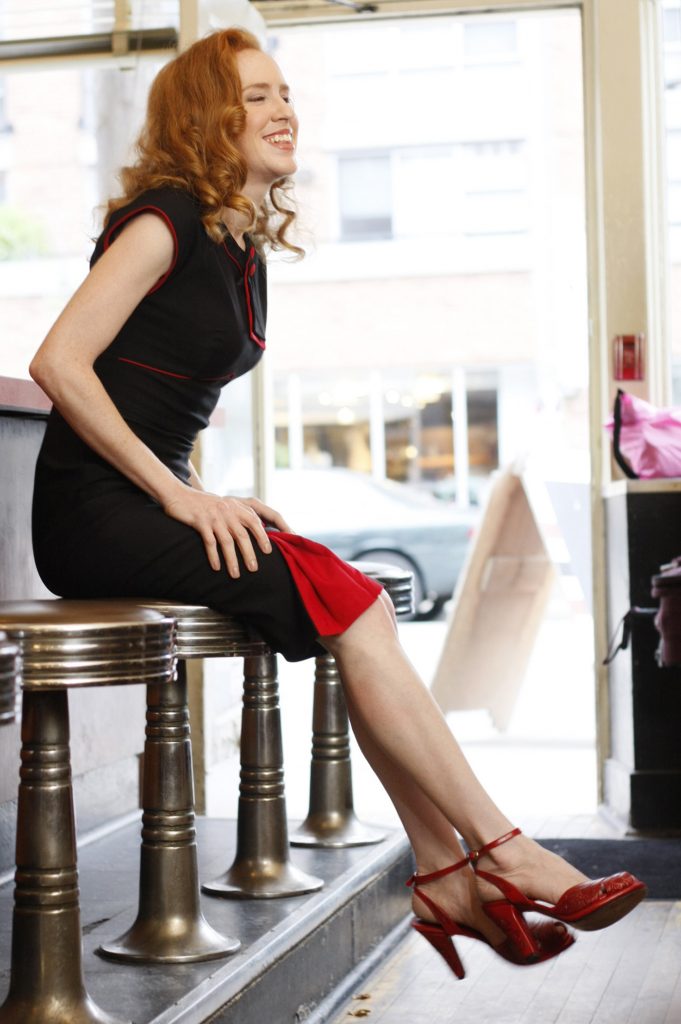 ALEX PANGMAN AND HER ALLEY CATS

Call her the sweetheart of swing. Call her superb interpreter of the American Songbook. She is jubilant jazzer with a penchant for music from the 1920s to 40s.

Peter Hill
A stylistic student of Dave Mckenna, Hill is an on-call jazz pianist in both the traditional jazz, vocalist, honky tonk, and modern jazz scenes in Toronto.

Ross Wooldridge
A musical prodigy & a disciple of Artie Shaw and Benny Goodman, his clarinet dexterity is legendary in Canada. Coupled with passionate tenor sax chops, this makes him the rooster among the Alleycats lineup.

Chris Banks
Solid, swinging, and diverse, Banks graduated Mohawk College and his solid playing has taken him across the globe as far as Dubai and Newfoundland!

Glenn Anderson
The perpetually busy drummer cites Buddy Rich & Gene Krupa as influences, whilst bringing his own “Anderson flair” to the kit. He is co-leader of Red Hot Ramble, a New Orleans groove based band.

Although Alex Pangman grew up a couple of generations late to have sung with Benny Goodman, the vibrant young vocalist is proud to be known as Canada’s Sweetheart of Swing. With pipes aplenty, Pangman possesses the requisite taste, talent and the historical knowledge of an avid record collector to breathe new life into the music of the classic jazz era. A superb song stylist with growing compositional chops, Pangman has built a loyal fanbase amongst jazz listeners and dancers through her critically acclaimed work with her stacked Alleycats. Alex’s life-long obsession with jazz began in her teens when she discovered Louis Armstrong, Jack Teagarden and The Boswell Sisters. She has recorded with legendary Bucky Pizzzarelli, and recently opened for Willie Nelson at Massey Hall. Her most recent album was nominated for a vocal jazz JUNO award and was recorded in New Orleans for Justin Time Records. Her band The Alleycats have been her secret weapon since 1999. “Without them I’d just be a girl singing in the shower.” Their predilection for the playing style of the 1930s dovetails beautifully with Pangman’s voice.

I don’t often get to Niagara: I would remind folks to visit beadonor.ca and sign their consent or talk about becoming an organ donor hero. Pangman has had two double lung transplants and is an advocate for the cause.

I may also hit the Beamsville Greenhawk on the way: they have a second hand section that is to die for for equestrian fashions! Well.. you ASKED!

“She channels the bygone era without affectation…the album has an intimate, warm sound that’s rare in modern jazz recordings. Pangman proves that music from the 30s still has relevance.” – SARAH GREENE, NOW MAGAZINE

“Ebulliant….Pangman and Her Alleycats party like it’s 1933.” – USA TODAY

“Her upbeat positive attitude make Pangman a perfect choice as Top Canadian swinger. She brings the songs of early jazz alive. She’s a little old timey, but contemporary at the same time. Pangman is welcome as a regular spin on Tonic because of her friendly and approachable sound. She really is a sweetheart of swing!” – CBC TONIC/ TIM TAMASHIRO

I will likely be tamed by the daytime slot, but we did record one song from our latest album about drugs. When I Get Low I Get High. Not explicit, but suggestive rather.