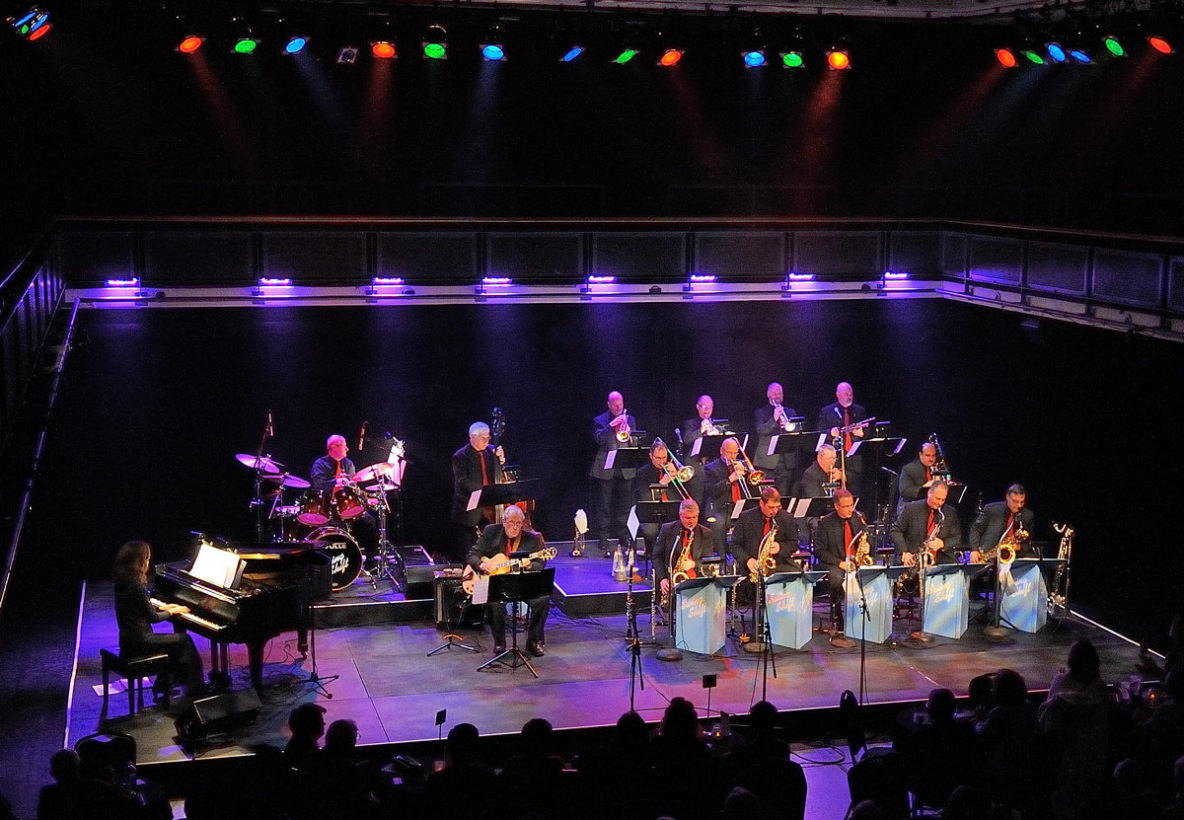 Jim John’s Swing Shift Big Band was started in August of 1996 to preserve the sounds and energy of the big band era, and it is evident that they have succeeded, as the band has now become one of the top rated big bands not only in Ontario, but all of Canada. Both major radio stations in Toronto for big band music, Jazz.FM 91.1 and AM740, have played all four Swing Shift CD’s on a regular basis in the last 16 years, and the station’s long time on-air personalities, respected big band experts, have rated Swing Shift Big Band as one of the finest big bands in the province, perhaps the entire country. Over 20 radio stations are now playing the band’s music worldwide, and music downloads from around the world also indicate people’s enjoyment of this band’s recordings.

The band has been honoured to have performed at most major venues in the Toronto area over the last 21 years, including the Palais Royale, Imperial Room (Royal York Hotel), Mel Lastman Square, Nathan Phillips Square, Ontario Place, King Eddy Hotel, The Old Mill, Jubilee Pavilion, Harbourfront Main Stage, Harbourfront Theatre, Beaches Jazz Festival, Toronto Jazz Festival and such notable jazz clubs as the Montreal Bistro and The Rex Hotel. Several TV appearances have also added to their many hundred live performances, which have helped to perfect their presentation to audiences, some who have numbered over 6000 at a single live concert. Theatre shows are the latest addition to the many types of presentations put on by this versatile and talented band, including “A Tribute to Frank Sinatra”, “A Tribute to Count Basie”, “A Tribute to Glenn Miller”, “A Tribute to the Ladies of Swing”, Mr. Buble meets Mr Darin and the Glen Woodcock Big Band show.