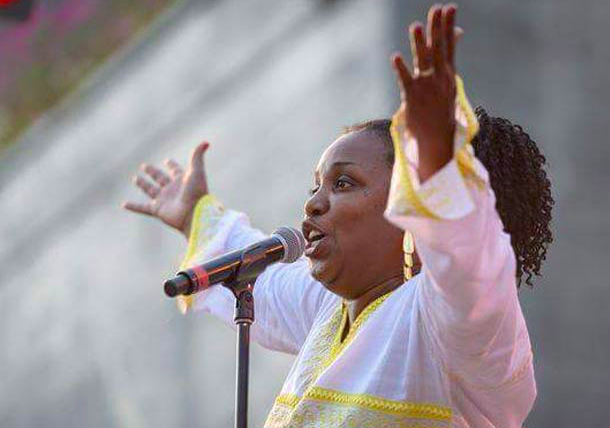 *All prices subject to HST and Handling Fees.

Behold the very essence of an unadulterated phenomenon of talent. Cinnamon was designed to leave an indelible impression for all to admire. She embodies an unequaled exhibition of love and dedication for the art of music which shows through her innovative blend of genres. Her body of work reflects inspiration from gospel, Blues, Jazz, Pop, R & B, and Soul. Her ability to bring together these many influences infusing them all with a Gospel core, stunning vocal prowess, and commanding stage presence, lends to a performance that is both moving and unforgettable.

Since leaving California, Cinnamon has returned to her native State of New York. She currently resides in Rochester, NY where she’s sang commercial jingles for United Way, Pella Windows, Shear Ego (Salon/Spa), Rochester Transit System (RTS), Henderson Automotive, and Big Brothers/Big Sisters. Aside from her role of entertainer, Cinnamon is also a humanitarian. She continues to give benefit concerts (while soliciting local musicians) to help local and worldwide organizations such as; The Tsunami Relief Benefit held in February 2005, Alternative for Battered Women held in May 2006 and Children Awaiting Parents 2013 just to name a few. With excellent musical instincts, and the earthy voice that matches the searching sincerity of her songs, Cinnamon loses herself in the power of the music, allowing it to flow uninhibited through her voice. All you’ll need to hear is one note bellowed by this talented beauty and you’ll be caught up in the rapture that is truly a spice of Cinnamon! She recently toured in Denmark, Austria, Spain, Finland, Germany Paris and Africa with the Campbell Brothers.2014 Cinnamon Jones has created a stage play which she has produced, written and directed as well as performed call LADY OF SONG. where she pays tribute to legendary woman of music which received rave revues in 2014 Fringe Festival and 2015. 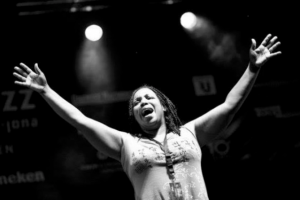