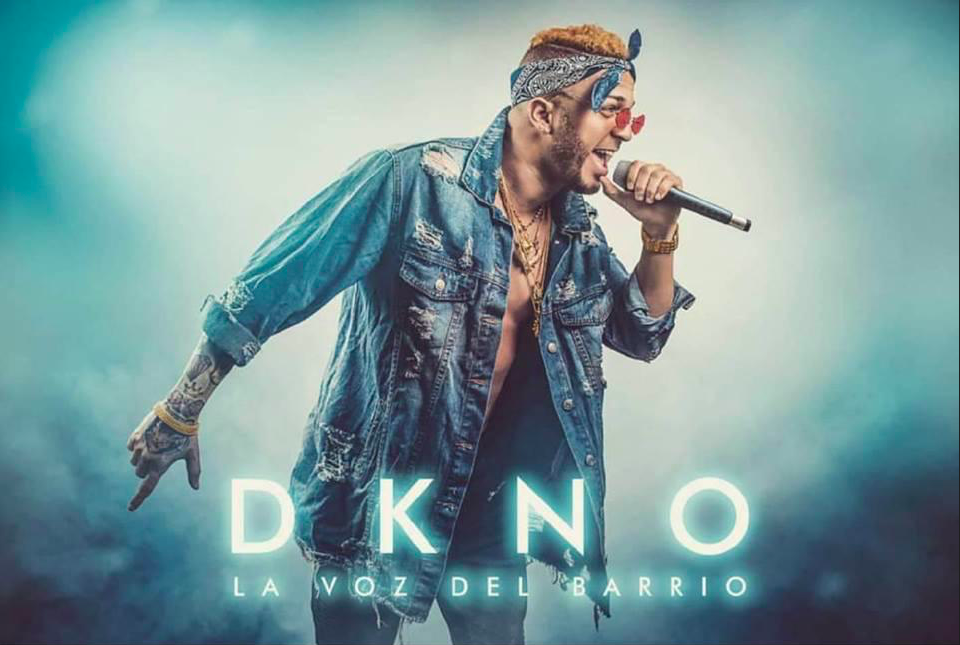 In the beautiful island of Cuba, province of Matanzas a talented young boy was born, on August 18th, 1985, named Erick Martin Lovio.
From the young age of 10, he felt the love for music, listening to his grandfather sing. He started singing at school events. He entered a music school band, playing trumpet. There he was able to learn a lot about harmony and melody, as it is a very melodious wind instrument.

At the age of 15, he abandoned this school band and entered high school, where, with his friends, he started singing at festivals and concerts, in order for all to admire and respect his talent.

At this young age, DKNO created an urban group named Voltaje Caribeño, where he was the lead singer for many years, Voltaje Caribeño sang different types of music, salsa, merengue, reggaeton, The group gained success and won over many fans. Voltaje Caribeño was well known, respected and loved in Matanzas, Cuba. They created 3 CD’s together before he decided to go solo. DKNO is very passionate about his writing, as every composer and songwriter, likes to defend what he writes.

In 2009 DKNO, became a solo artist, writing and composing his own music, and decided to seek other ways with other types of music.

Always as a solo artist, a salsa group named Union Athenas noticed him and he then became the lead singer for this salsa group. As a member of this group, he was very loved and respected for his talent. He sang one song from the most known composer in Cuba, Osmany Espinosa, “Vacúnala” and this is how he obtained his popularity. While continuing to pursue his solo career on the side.

In this salsa group, he’s drawn many people, as they worked in different hotels in the popular and prestigious resorts of Varadero. This talented musician never stopped making his music because the people of Cuba and the tourists just loved his music, also as a soloist.

He is always much supported by his inseparable Cuban Manager, Pedro Casanova, and can count on the unconditional support of his families, both Cuban and Canadian, who love and support him very much and have much faith in him and his music.

In 2010, he met his beautiful Canadian wife, Roxane.

And in January 2013, he had to leave his group and family behind in order to be with his wife and daughter, is now living in Toronto, Canada, where he can pursue his career as a solo artist.