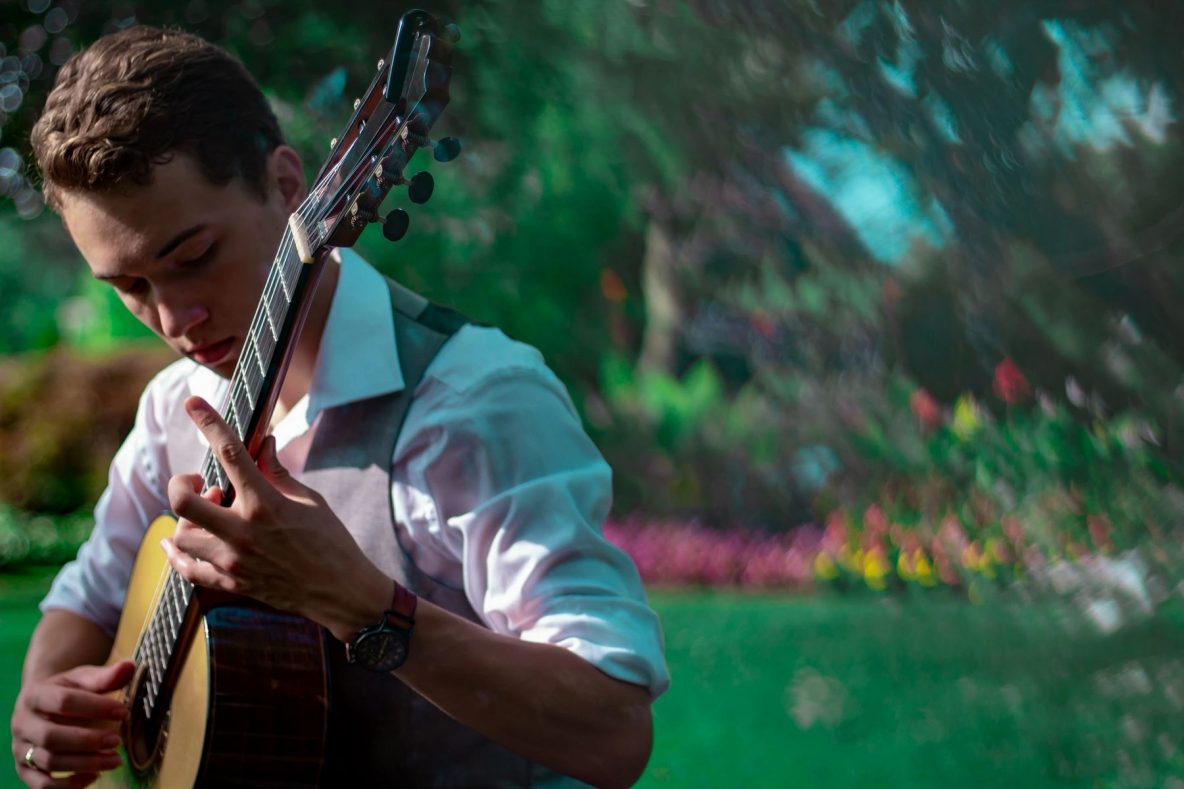 Evan Dim was one of a select three emerging guitarist’s in the world accepted to study with Matthew McAllister and Allan Neave at the world-class Royal Conservatoire of Scotland for a Bachelors of Music with Honours in guitar performance in 2018. While being endorsed by the GuitarLift company, notable performances of his include performing for His Royal Highness Prince Charles, the Duke of Buccleuch, in addition to a Wigmore Hall debut. Evan has been awarded a Musicians Company Concert with the North American Guitar Trio, has won consecutive Canadian 1st place awards in regional and provincial guitar competitions, and nominated by the Royal Conservatoire of Scotland to audition for the Sylva Gelber Canadian Arts Council award. In addition to competing across Europe, Evan is a cross genre multi-instrumentalist that holds first class honours in grade 10 practical guitar and advanced rudiments theory from the Royal Conservatory of Toronto.

During his classical studies starting in 2015, he has studied with some of the best international guitarists and teachers, such as, Łukasz Kuropaczewski, Jeff McFadden, Gabriel Bianco, Paul Galbraith, Rene Izquierdo, Pavel Steidl, GRAMMY winning cellist David Watkin, and more. He is the youngest guitarist to be commissioned to perform with the Niagara Youth Symphony Orchestra, and has opened for internationally acclaimed guitarists as a part of the Guitar Hamilton Concert Series. Evan regularly keeps in contact through his instagram Evan_dim