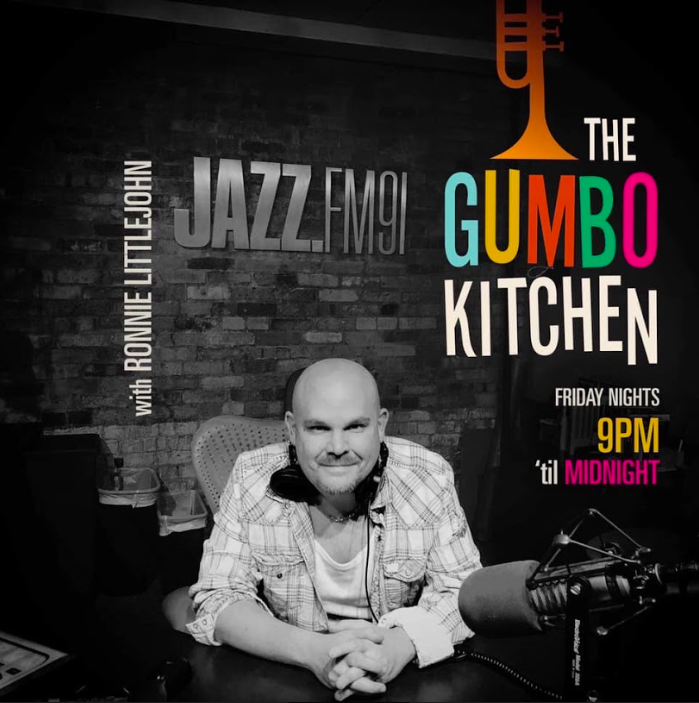 Ronnie Littlejohn has a long history in the Canadian music scene. For 15 years he fronted Planet Earth, one of Canada’s premier jazz/funk/soul bands. Planet Earth and Littlejohn’s Funk Embassy were touted as vanguards of the funk revival.

His musical influences go back to the classic sounds of New Orleans. Ronnie is a self-trained vocalist who began singing to old 45s at the age of five — and his eclectic taste in music has added considerably to his collection of 45s over the years.

The show explores New Orleans jazz, swampy funk, second-line brass bands. Add a dash of soul and gospel, with a pinch of New Orleans rhythm and blues, and you’ve got a delicious savoury gumbo!