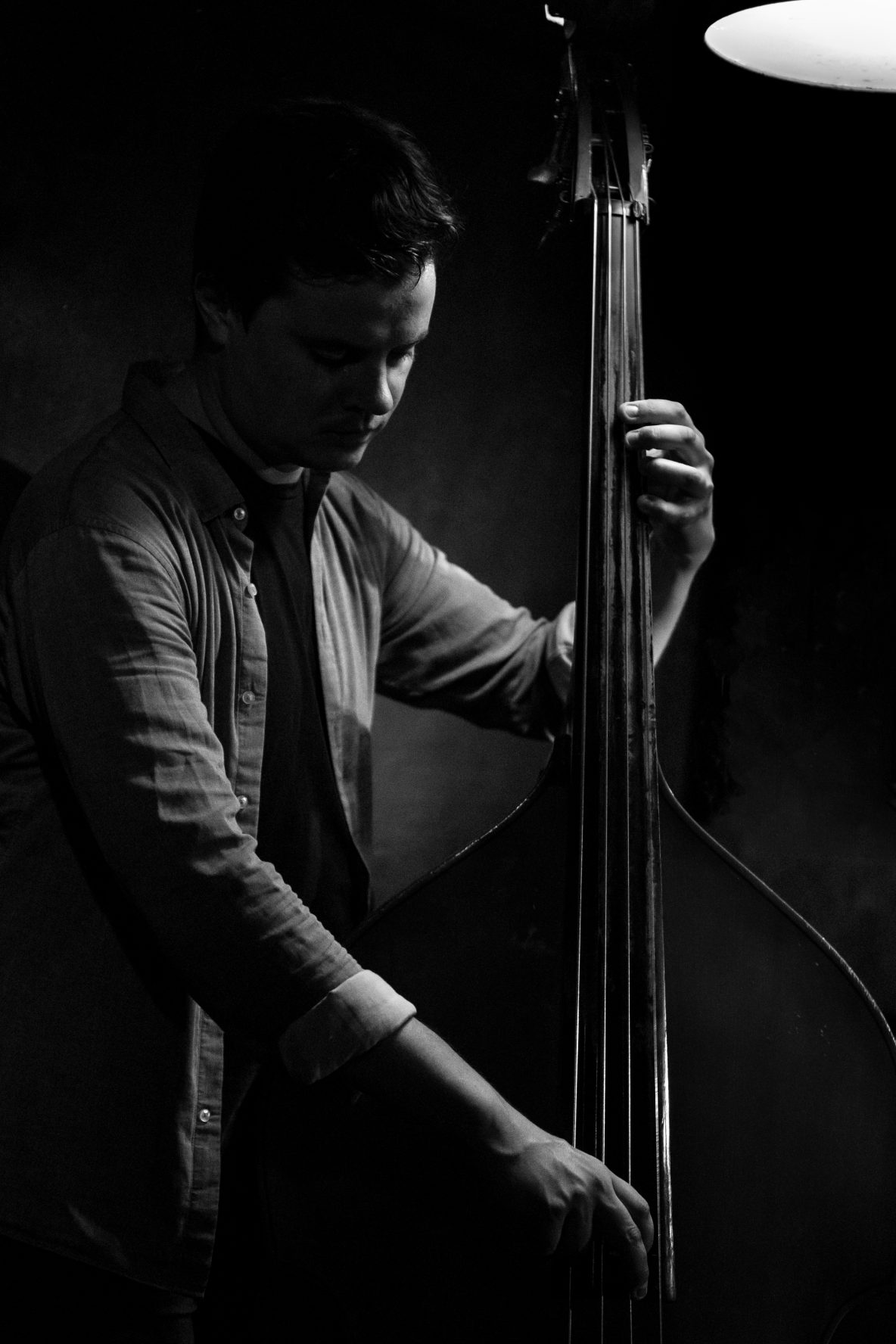 Dan is a co-leader of the trioMYRIAD3, along with pianist Chris Donnelly and drummer Ernesto Cervini. Together, they’ve released five albums for Alma Records: Tell (2012),The Where (2014–Juno nominee),Tell ((Chip)) (2015–Donnelly’s electronic reimagining of their debut record), Moons, (2016),and Vera(2018.) They have undertaken several tours of Canada, the USA, Europe, and Japan, including performances at the Tokyo Jazz Festival and Ronnie Scott’s International Piano Trio Festival (London, UK.)

In 2015, Dan released BRINKS, his debut album as a leader on Fresh Sound/New Talent Records. The critically acclaimed record features his long time collaborators David French, Michael Davidson, and Fabio Ragnelli, and includes 10 of his songs.

His most recent release is The Latest Tech, an album of music for solo double bass, released on Elastic Recordings, the imprint he started with vibraphonist Michael Davidson.

Dan is on faculty at the University of Toronto’s Faculty of Music, where he teaches bass in the Jazz Studies department