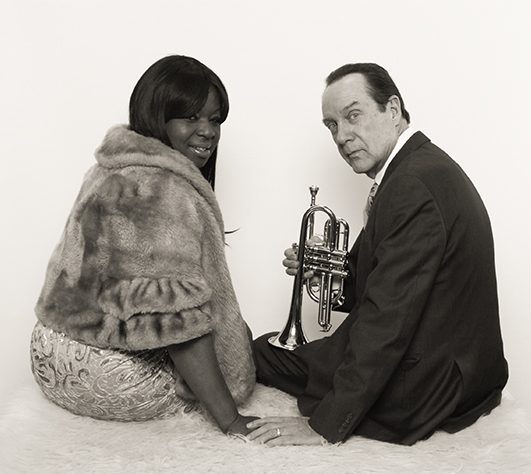 Diana Braithwaite has risen to prominence as one of Canada’s most authentic female blues singers. She recently received the 2018 “Blues With A Felling Award” from the Maple Blues Society and in March was recognized for her performance on “I Was Telling Him About You” from the Global Music Awards, receiving the Bronze Medal for “Best Female Vocalist”. With roots in Florida, her ancestors escaped slavery through the Underground Railroad and lived for generations in one of the first African-Canadian settlements in Wellington County, Ontario.

She grew up crooning jazz classics played by her elder brother pianist Victor Braithwaite and spent her summers in Montreal’s historic “Little Burgundy”, the African-Canadian neighborhood where her father and the great Oscar Peterson both lived.

Dubbed a “National Treasure” by Jazz FM91 host Danny Marks, Diana combines elements from Dinah Washington and Sarah Vaughan, among others, to create her own appealing intimate sound.

Kansas-born multi-instrumentalist Chris Whiteley has appeared on hundreds on recordings. He has been awarded the prestigious “Blues With a Feelin Award” for lifetime achievement in the Blues in Canada and is also a seven-time recipient of the Maple Blues Award as “Canada’s Blues Horn Player Of The Year”.

Whiteley has had an illustrious career spanning over 40 years, playing with many jazz and blues legends including Blind John Davis, Eddie “Cleanhead” Vinson and Leon Redbone. The couple has been performing together for many years recording and touring across Canada and internationally throughout Europe and the US. They are very excited about their collaboration with G-Three Records and their brand new album.