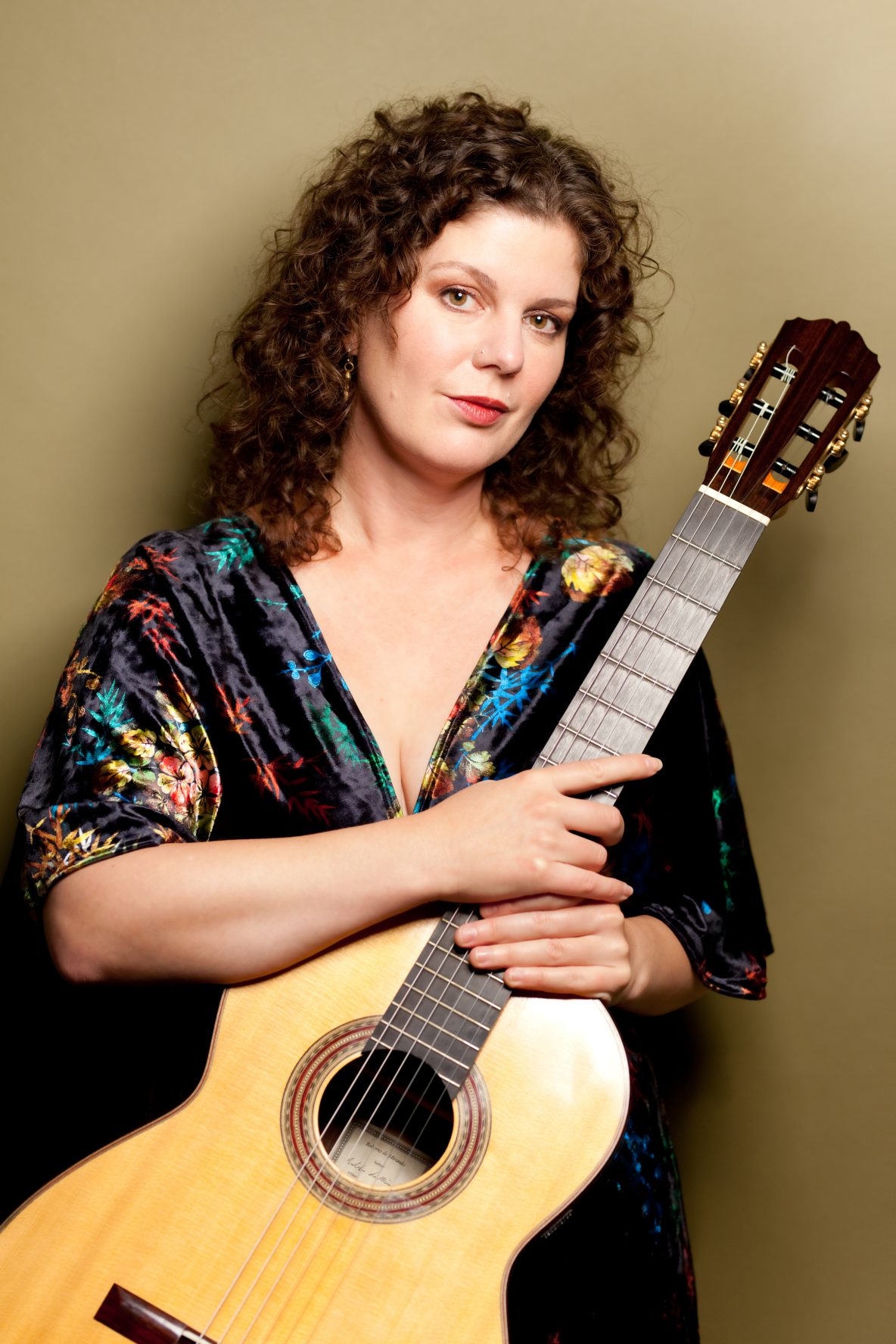 Emma Rush has established herself as one of Canada’s top classical guitarists. Her career has commanded world recognition. Recent touring highlights include a four-city tour in China, starting with the Altamira Shanghai International Guitar Festival, appearances at guitar festivals including Festival de Guitarras Lagos de Moreno (Mexico), the Nyköping Gitaarseminarium (Sweden), and a prestigious concert at the Internationales Gitarren Symposion, Iserlohn (Germany). In 2022-23 Rush will performing throughout Canada with stops in Nova Scotia, Québec, Ontario, Manitoba, Alberta, and British Columbia, and international appearances include the Minnesota Guitar Society and Future Echoes Festival in Sweden. She performs regularly as Azuline Duo with flutist Sara Traficante. In 2020 Rush released Wake the Sigh, a collection of rare music written for guitar by women in the 19th century. Her earlier recordings are Canadiana, which includes a suite dedicated to her by composer William Beauvais, and Folklórica. Emma Rush has received three City of Hamilton Arts Awards, and has had her work supported by the Canada Council for the Arts, Ontario Arts Council, Hamilton City Enrichment Fund, and FACTOR. Rush is a guest lecturer at colleges and universities throughout North America and was an Artist-in-Residence at the Fountain School of Performing Arts at Dalhousie University in the fall of 2016. She is active in presenting guitar events around the world and is Co-Director of GuitarFest West in Calgary and the Collegiate Peaks Guitar Retreat in Colorado.