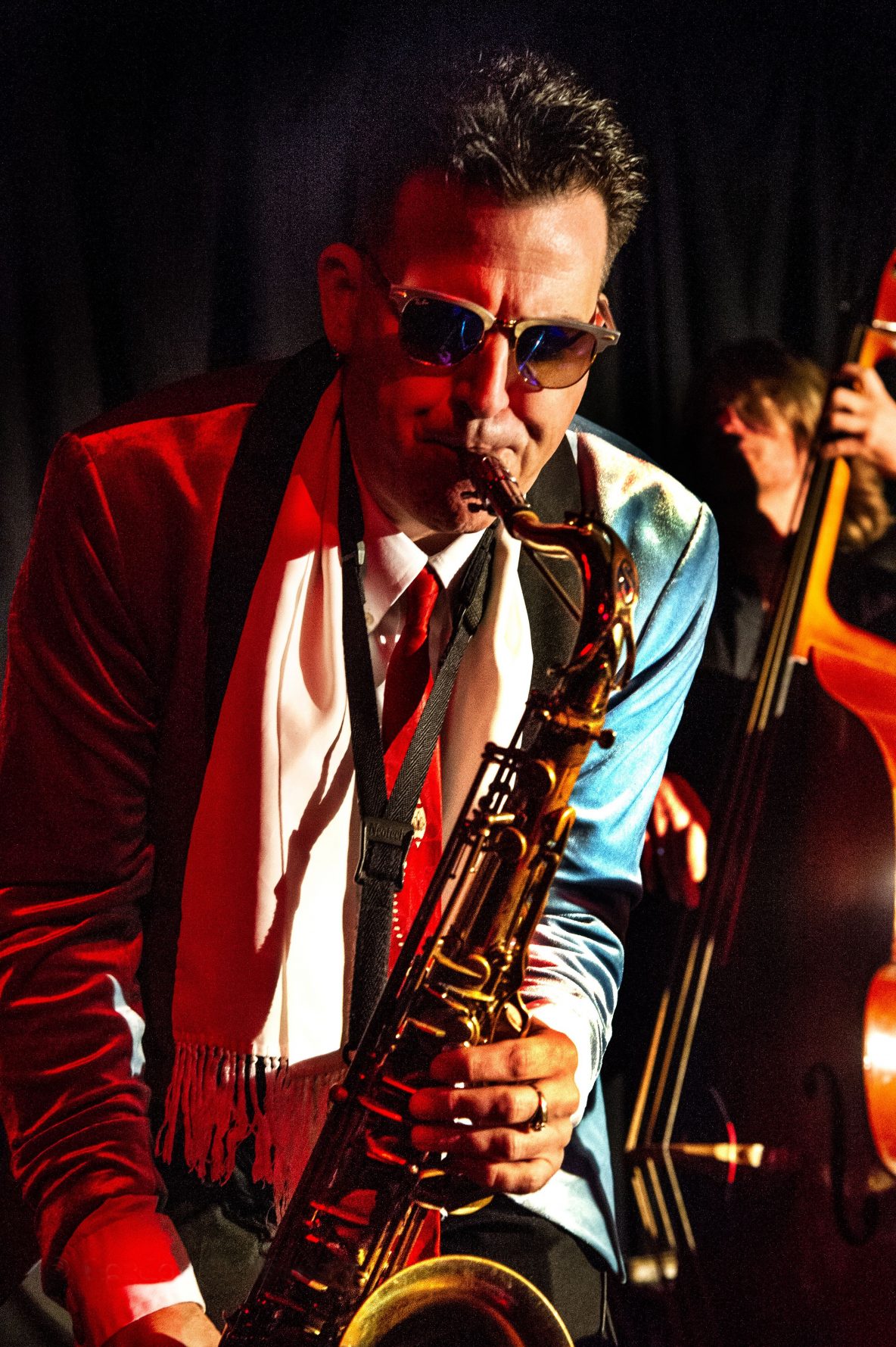 Gene Hardy is a Canadian multi-instrumentalist and vocalist. He performs on saxophone, violin, musical saw and theremin.

Hardy’s early music training began in Victoria, British Columbia—first on violin at age 9, then on saxophone a year later. After studies at the Victoria Conservatory of Music and UVic, he moved to Toronto in 1986. In 1988 he joined Canadian alternative rock band Bourbon Tabernacle Choir.

In the mid-1990s, he served as Michael Bublé’s musical director and featured soloist and is the latest addition to Ronnie Hawkins’ band, The Hawks.

From 2000 to 2005, Hardy was nominated as Horn Player of the Year at the Canada’s Maple Blues Awards in recognition of his extensive contributions to the blues genre, both live and in the studio.

His newest group, The Pip Squeek Orchestra, described as a dixieland-band-on-steroids, debuts fall 2007 with a new CD and a line-up of players from Vancouver, Victoria and Toronto.

To date, Hardy has released four CDs as a solo artist. He continues to travel, perform and record extensively, dividing his time between Toronto, Vancouver, Victoria and New Orleans.