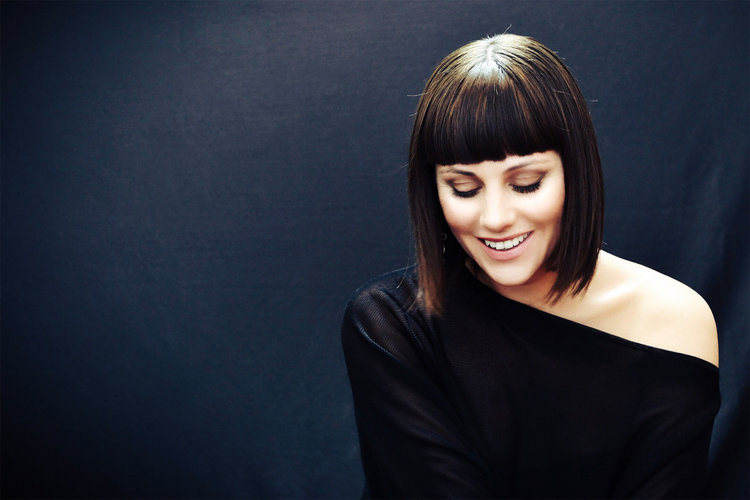 Genevieve (Gigi) Marentette has established herself as one of Toronto’s most recognizable and illustrious vocalists. “She has always had the type of voice and stage presence that mesmerizes an audience and is simply one of Canada’s finest singers.” Says Jaymz Bee – JAZZFM.91. Following her studies in vocal jazz at Walkerville Centre for the Creative Arts High School and Humber College, Gigi spent many years performing in Asia and Europe and since her return to Toronto has released an EP produced by George Koller and worked with many great Canadian artists such as David Clayton-Thomas, Don Thompson, Ted Quinlan, Don Francks & Jane Siberry. Genevieve grew up on the Windsor/Detroit experimental jazz and electronic music scenes and has an extensive background in Brazilian, World, Blues, and Jazz and is known for her fearless approach to song interpretation. She has a unique discography of collaborations with electronic music creators such as Marc Houle, NYMA, Theo Parrish, Recloose, and Francis Harris. Genevieve is also one of the co-founders of Molly Johnson’s Kensington Market Jazz Festival, now in its 7th year. In 2019 she produced a record for her mother – musician Linda Girard as a 70th birthday present. The album is titled ‘The Heart Of 21’ after a beautiful french waltz composed in 1936 by her Quebecois grandmother Lena Ledoux. Genevieve recently released a trio recording of a beautiful ballad written by Canadian Icon and mentor Don Francks called While There’s Still Time. The tune is a contrafact to Moon River with Francks own heart-wrenching lyric and topline melody. Don Franck’s described Genevieve as “a lovely muse of music… a femme fatale from film noir… jazz improvisation at its best… an honest girl with a great sense of humour that the world’s been waiting for. That’s Genevieve “GIGI” Marentette.” In February 2021, Genevieve released an archival recording of a duo concert at Trinity-St. Paul’s church in Toronto, with pianist Robert G. Scott, called Live & Improvised. In a time where live concerts are on pause, this release is a delicious treat for fans of these songs, and of fearless, spontaneous live music made by this duo. On Good Friday, 2021 Genevieve released her cover version of “Lost Highway” – the timeless country tune written in 1948 by blind balladeer Leon Payne and made popular by Hank Williams, Jeff Buckley, Willie Nelson and others. Like countless musicians who have lost their livelihood and are drifting along the lost highway, the metaphor is richer now than ever. Unable to perform, Genevieve has been recording bespoke song requests for her fans, friends and supporters. The request for “Lost Highway” was one of the numerous commissions that she recorded – and sent personally to an artist friend also struggling with pandemic anxiety. Genevieve’s “Lost Highway” stands out and is worthy of repeat listening as she distills existential and covid angst into a hopeful hymn, a whispered rebuke against the dying light – a commitment to the artistic path. In 2022, Genevieve has begun recording the songs from 1969, in an homage to her mentor and friend David Clayton-Thomas. She is working towards a collection for release in 2023.