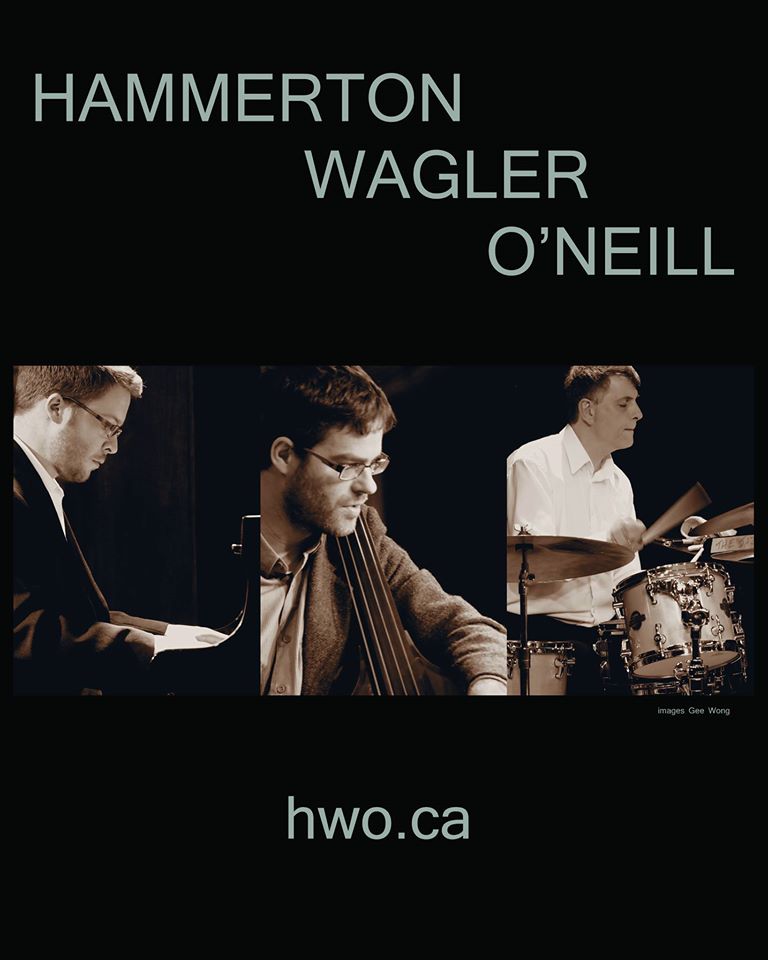 Original music, as well as covers of music by The Beatles, Radiohead, Joni Mitchell, Tom Waits, Genesis, Tears for Fears, and more. Piano/Bass/Drums – a classic jazz trio format. Past performances include shows at The Jazz Room, The Cornerstone, the Mossy Gatherings Concert Series and the Avalon Jazz Club in Owen Sound, UnCorked on Main, the Stratford Music Series, and the Twilight Jazz Series in St. Catharines. HWO has performed shows with special guests Mike Malone, Dave Thompson, Derek Hines, Dave Wiffen, Carey West, and Colleen Allen. A CD of original music by the trio is now available, with an upcoming project of cover songs soon to be recorded.

Thomas Hammerton has been playing professionally since the age of 15. He is a graduate of the Humber College Music Program where he studied with pianists Bernie Senensky and Hilario Duran. Thomas is an in-demand and versatile pianist performing with various acts; Odd Years, Joni Nehrita, The Minotaurs, Jason Raso, Bry Webb, and Cuff the Duke. Thomas has had the pleasure of sharing the stage with Randy Bachman, Jim Cuddy, Greg Keelor, Hayden and Nikki Yanofsky. His career has led him around the world performing and recording in all genres of music.

Tyler Wagler is an in demand bassist as a performer and educator as his musical pursuits are diverse. He is at home in jazz, the blues, performing with gospel/folk singer David Sereda, roots reggae band Friendlyness & The Human Rights, Paul Quarrington, and Jay Douglas and The Legendary Platters. Tyler released his own CD in 2011 as a singer/songwriter. He is a graduate of Humber College where he studied bass with Don Thompson, Mike Downes, and Pat Kilbride. Tyler holds a B. Mus. from Thompson Rivers University.

Dave O’Neill is a performer and educator of all things musical. He has toured Eastern Canada and parts of the U.S., performed at numerous venues, music festivals, theatre productions, conducted clinics and workshops and has extensive experience in the recording studio. Dave has taught privately for the last twenty-eight years, spent four years on the part-time music faculty at Mohawk College, and is a supply teacher for the Waterloo Region District School Board. He is endorsed by Headhunters Drumsticks. Dave holds B. Ed. and a B. Mus. Perf. from the University of Toronto, as well as a Dipl.Mus. from Mohawk College. He has studied with drummers Bob McLaren, Barry Elmes, Ernie Porthouse, John Cheeseman, and Memo Acevedo.