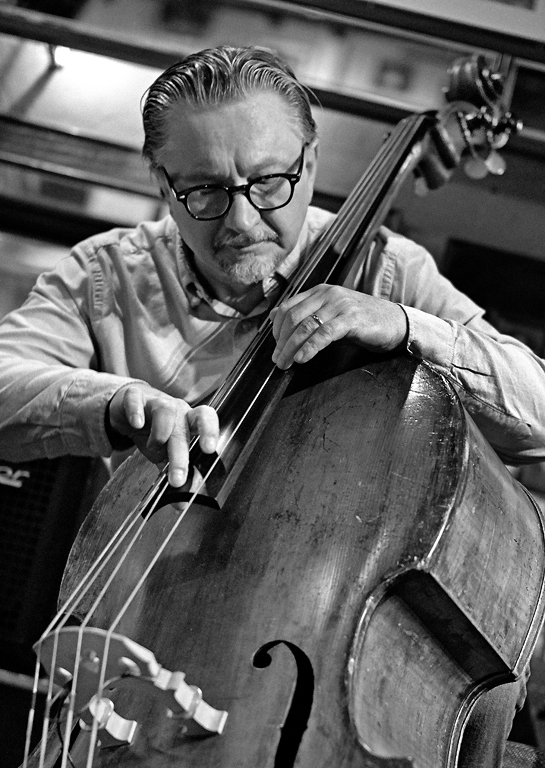 Jacek “Jack” arrived in Canada from Poland in 1986 and wasted no time establishing himself in the Toronto traditional jazz scene.  As a young man, Jack travelled all throughout Europe playing “Dixieland” music gaining valuable experience that has served him well in the Toronto music scene, throughout North America, and Japan.  Toronto has long had a vibrant traditional jazz scene and Jack has played bass with just about every band since ’86!  In addition to traditional jazz, Jack has also established himself as a versatile bassist leading his own “piano trio” releasing his CD entitled ‘First Train’ in 2006, and working with legendary and versatile performers such as pianist extraordinaire, Bernie Senensky, the great Peter Appleyard,  fellow countryman, the legendary composer, violinist, saxophonist and lyricon player Michael Urbaniak, and many years with jump/jive/blues singer/songwriter Big Rude Jake. As a founding member of Red Hot Ramble, Jack has not only provided his wonderful bass playing , he has established himself as a prolific composer of original songs now in RHR’s repertoire!