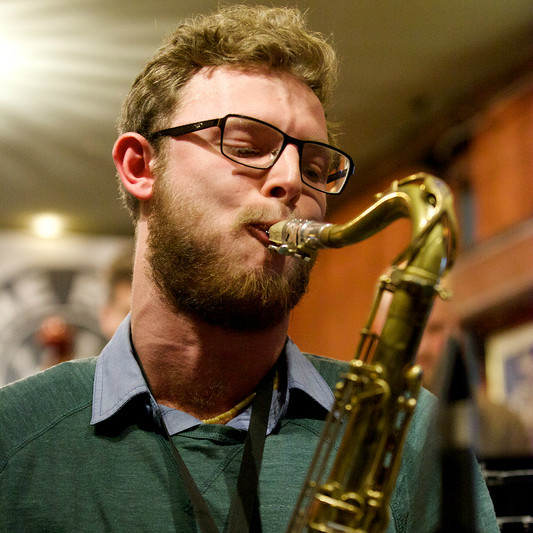 Jacob Gorzhaltsan is a Juno-nominated multi-instrumentalist and composer based in Toronto, Ontario.  Born in Jerusalem, Israel, to parents who are both visual artists, Jacob moved to Canada at a young age and began studying music shortly afterwards. Early on in his musical pursuits, Jacob was fortunate to attend a workshop and play with his clarinet-hero, Buddy DeFranco — a moment that continues to inspire his passion to this day. Subsequently, Jacob joined the Toronto All-Star Big Band (TABB) at a very young age, further developing his love for performance and the jazz tradition. Jacob was fortunate to study with a plethora of local Toronto musicians, and enjoyed four years at Humber College’s B.A. of Music program.  He now performs and records extensively (both as a sideman and leader) with numerous groups in Toronto, and has played in various venues across Canada and the United States. He has had the pleasure of being a part of an incredible cast and crew for several concert productions and recordings with Soulpepper Company in the past few years. He is honoured to have shared the stage with Jackie Richardson, Denzal Sinclaire, Kevin Breit, Noam Lemish, Amos Hoffman, Alex Bird and the Jazz Mavericks, Pedram Khavarzamini, Kalyna Rakel, The Israeli-Iranian Music Initiative, Heavyweights Brass Band, Travis Knights, Mike Ross and many others.  Jacob can be seen regularly playing at venues all around Toronto and the surrounding-area. As well, he is an active music educator, teaching woodwinds and music theory.