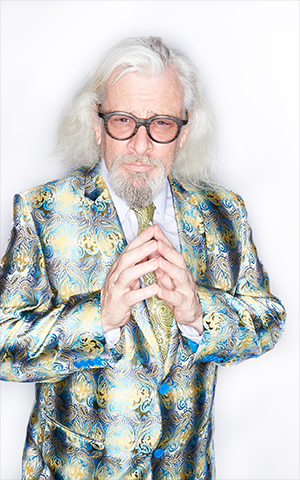 Jaymz Bee was born in North Bay, Ontario and made a bee-line for Toronto at the age of 18. He has had a colourful career as a nightclub owner, art gallery curator, best-selling author (Cocktail Parties for Dummies) and band leader. From 1985-94 Bee was leader and vocalist for the rock-funk-jazz-circus known as Look People. After many European and North American tours, Bee moved on to form The Royal Jelly Orchestra, a band that has released eight CDs, toured North American and continues to perform at award shows, charity galas, private events, jazz festivals and theatres.

Jaymz has hosted and produced television and radio for various networks for the past two decades. He has immersed himself in all things jazz since moving to JAZZ.FM91 in 2003. He produces events for the station such as JAZZ LIVES and The Sound Of Jazz Concert Series, as well as being the creator and host of the JAZZ.FM91 Jazz Safaris.

Jaymz Bee can be heard on JAZZ.FM91 weekdays, from 7AM to 9AM on Good morning Toronto!, and Saturdays from 6PM to 8PM on Jazz In The City.