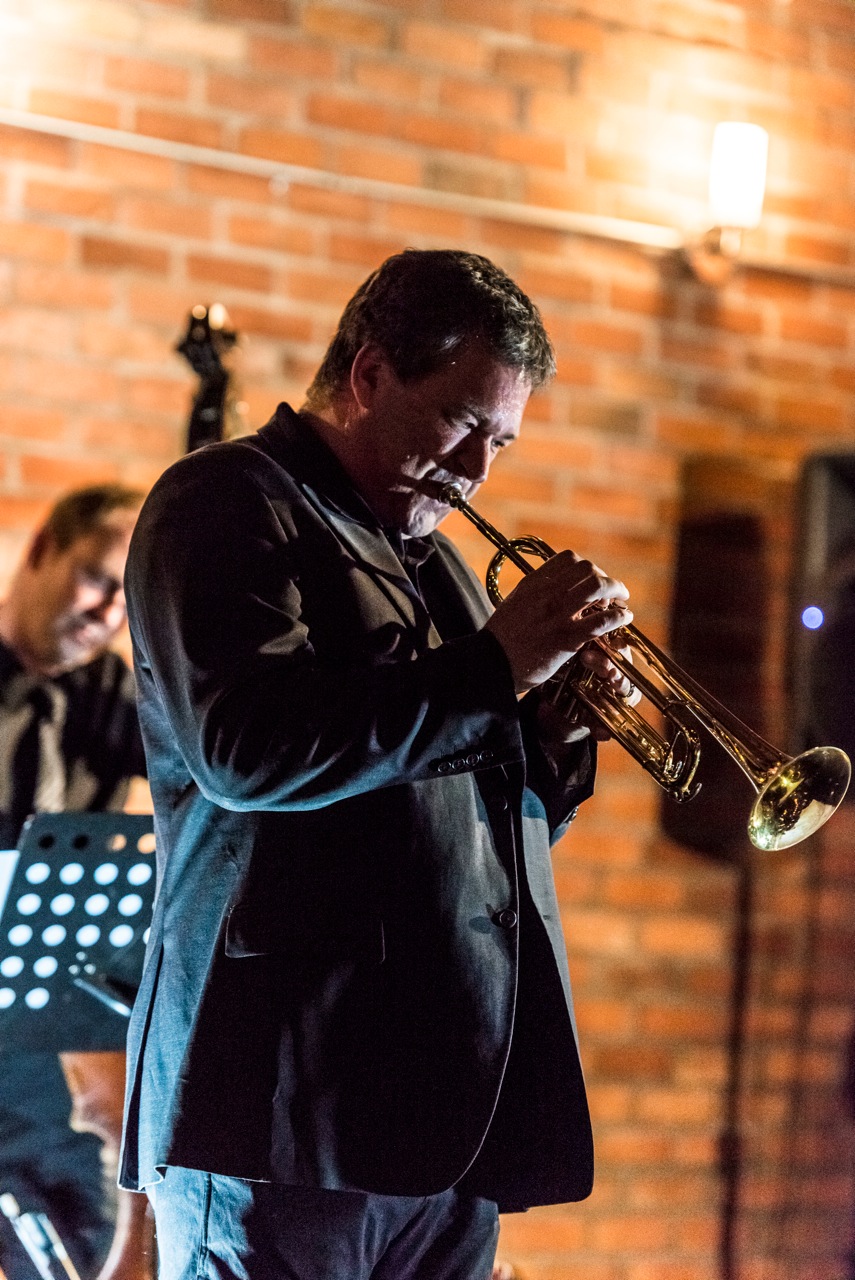 KEVIN MICHAEL TURCOTTE (trumpeter, flugelhornist) was born on January 22, 1964 in Ottawa, Ontario, but raised in Sudbury, Ontario. He is recognized as one of Canada’s major trumpet talents with an impressive list of recording and touring credentials. The more than 175 CD’s he has played on range in style from folk legend Bruce Cockburn to opera star Measha Bruegergossman to Jazz great Rob McConnell and the Boss Brass to the unique and chamber music-like Quinsin Nachoff. Kevin’s touring has taken him to places like the former Soviet Union with the Dave McMurdo Jazz Orchestra, Chile with the Dave Young Quartet, Mexico with vocalist Elizabeth Sheppard, Brazil with the David Braid Sextet and Italy with the Neufeld-Occhipinti Jazz Orchestra featuring clarinetist Don Byron.

He has had 36 Juno nominations bringing home the coveted prize 5 times, and had one Grammy nomination. He is an integral part of Juno-nominated recordings by the Dave Young Quintet, Mike Janzen and Matt Dusk, the Time Warp quartet,  banjoist Jayme Stone, Andrew Downing’s Great Uncles of the Revolution, the Barry Elmes Quintet featuring Ed Bickert,  to name just a few.

In 2007, at the Danforth Music Hall in Toronto, Kevin participated in an international Chet Baker tribute concert with 10 former Baker sidemen including players like Herb Geller, Hal Galper and Curtis Fuller. As it turned out, 10 years later, he was asked to play the trumpet parts on the soundtrack for a feature film about the life of Chet Baker. “Born to be Blue”, starring American actor Ethan Hawke as Chet, was released in 2016 to rave reviews.  It comes as no surprise that Kevin has been recognized multiple times by Jazz Report Magazine and the National Jazz Awards as Jazz Trumpeter of the Year for his many accomplishments

4 Juno awards / 36 juno nominations / One grammy nomination / Two canadian screen awards in 2017 as the trumpet player on the soundtrack for the film Born to be Blue. Best Original Song and Best Soundtrack / 3 Juno nominations in 2017 with Dave Young Quintet, Mike Janzen and Matt Dusk