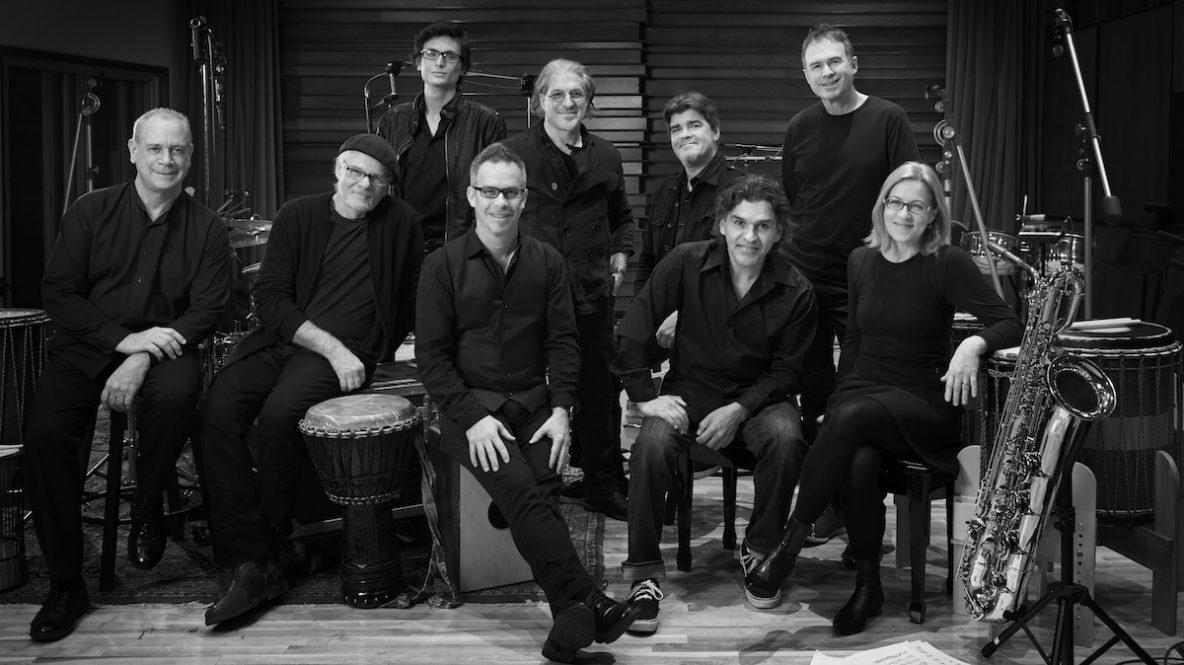 “We are driven,” says leader Matt Zimbel, “by an intense desire to see the thrill in our audience’s eyes. With nine players on stage when we play an ensemble figure together there is a power and this kind of joyous impact surrounded by the silence between the notes that exhilarates us and in turn the audience. Show after show, it’s the look in their eyes and the fact that we keep hearing people say the same thing after the show, ‘wow, I wasn’t expecting that!’ Now that is remarkably motivating.”

Manteca has been a pan cultural mash up since it started in Toronto in 1979. Drawing on musical influences throughout the America’s, this nine member artist’s collective has been an international innovator at creating original music composed and arranged using the roots of world, jazz, and orchestral music. The Globe and Mail has called Manteca’s music, “Utopian, where everything is in balance.” The Toronto Star said Manteca’s 11th recording (2013), Monday Night at the Mensa Disco was a work of “gut grabbing innovation”. In the group’s 37 year history they have been Canada’s musical ambassadors, touring the world with an explosive high energy show full of joy and exhilarating musicianship. Manteca has shared stages at the world’s most prestigious festivals from the Hollywood Bowl to the North Sea Jazz Festival with Miles Davis, Ella Fitzgerald, Weather Report and Van Morrison.

Melodic, powerful and fresh, their approach is at once joyous and muscular. With melodies often helmed by instruments considered off the beaten path of jazz such as bass clarinet and alto flute, the tracks are under pinned by skin on skin deep grooves of hand drums and grounded by kit, acoustic piano and bass.

Manteca has been a finalist for the Juno Awards 4 times and won the Juno for best instrumental once. The band’s extensive archives have been collected by the National Library of Canada and their recordings have been released around the world, with numerous releases in the Unites States, Germany, South Africa and Asia.

“…following MANTECA’S festival appearance this year I’ve received emails from both seasoned Jazz fans and casual music lovers alike commenting on the show. Every email has included words like ‘brilliant ‘, ‘perfect’ ‘wonderful ‘ and all expressed thanks for featuring the band. Terrific high-energy, legendary closer for us.” – John McGuirk , Artistic Director All-Canadian Jazz Festival