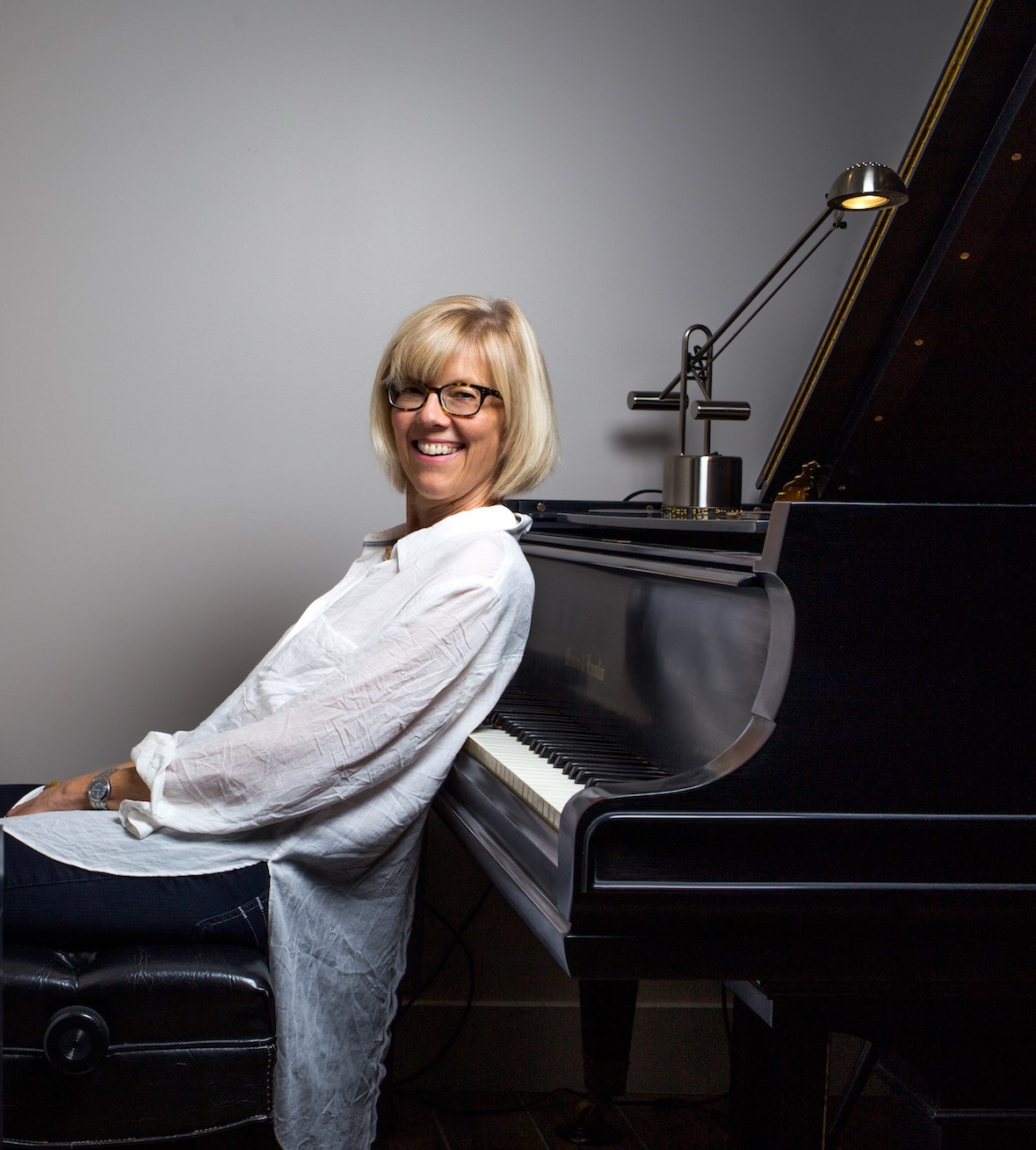 Nancy Walker is a Canadian musician based in the Toronto area. Her work as a pianist and composer reflects her view of the times we live in – at times intense, at times poignant, at times cerebral. Her most recent recording as leader is ‘Til Now Is Secret (Addo Records). Showcasing ten of her original compositions, the recording features multi-reed player Shirantha Beddage, guitarist Ted Quinlan, bassist Kieran Overs and drummer Ethan Ardelli, and was made possible with the help of the Ontario Arts Council.

Nancy has been recognized Canada-wide. Winner of the 2008 National Jazz Awards Keyboardist Of The Year Award and the 2003 Montréal International Jazz Festival’s prestigious Grand Prix de Jazz, Nancy has several previous discs as leader to her credit.

Her debut, Invitation, was released in 1997, and was voted one of the year’s best by Jazz Canadiana reviewers. Toronto Star critic Geoff Chapman named Luminosity (2000) one of the top jazz recordings of that year. Levitation, Nancy’s third recording (2003), was “a fine example of the modern jazz musician’s art” according to the Globe & Mail’s Mark Miller. When She Dreams was released in 2004 on Canada’s premier jazz label, Justin Time Records, and shot to the number one position on Canadian campus radio jazz charts.

In 2005, Nancy and her quartet (featuring saxophonist Kirk MacDonald, bassist Kieran Overs and drummer Barry Romberg) toured the Canadian jazz festivals. That same year Nancy was nominated in four categories at Canada’s National Jazz Awards. In 2006, Nancy’s recording Rainy Days and Mondays (Somerset/Universal) was nominated for a JUNO award in the “Instrumental Album Of The Year” category. She was also among the Keyboardist Of The Year nominees at the 2006 and 2007 National Jazz Awards. Her next recording Need Another was a trio date with Kieran Overs and drummer Ethan Ardelli.

Nancy’s 2011 release New Hieroglyphics (made possible with the help of The Ontario Arts Council) featured Ted Quinlan (guitar) along with Overs and Ardelli. Nancy’s quartet toured Western Canada in the fall of 2011 in support of the recording, with the assistance of The Canada Council For The Arts.

Nancy has a solid background as a pianist and keyboard player for a variety of international recording and concert acts, both in and outside the jazz idiom. She’s recorded and toured with folk artist Sylvia Tyson, children’s entertainer Raffi, pop icons The Parachute Club, balladeer Roger Whittaker, and well-loved composer (the late) Hagood Hardy, to name a few.

Over the years Nancy has built enduring jazz relationships. As the pianist in the John Geggie Trio, Nancy held the piano chair in the house rhythm section for The Ottawa International Jazz Festival’s nightly jam sessions for over a decade. With bassist Geggie, Nancy has performed in concert with drum legend Billy Hart, contemporary drum heavyweight Matt Wilson and saxophone dynamo Donny McCaslin.  She has recorded and performed in concert with the cream of Canada’s jazz vocal crop, from Vancouver’s Karin Plato to Toronto’s Emilie-Claire Barlow, and has worked frequently alongside Toronto saxophonists Kirk MacDonald and Pat Labarbera.  Nancy can be heard on recently released recordings by Kirk MacDonald Jazz Orchestra, Fair/Galloway Quintet, John Geggie + Donny McCaslin (this Plunge Records release garnered rave reviews and made several “Best of” lists), and Swedish guitarist Mikko Hildén.

Thanks to grants from The Canada Council For the Arts, Nancy has had the opportunity to study with renowned American pianist/composers Fred Hersch, Jason Moran, and Myra Melford.

“Nancy Walker has played enough piano to know how to keep listeners interested however hard she pushes the boundaries of familiarity.”