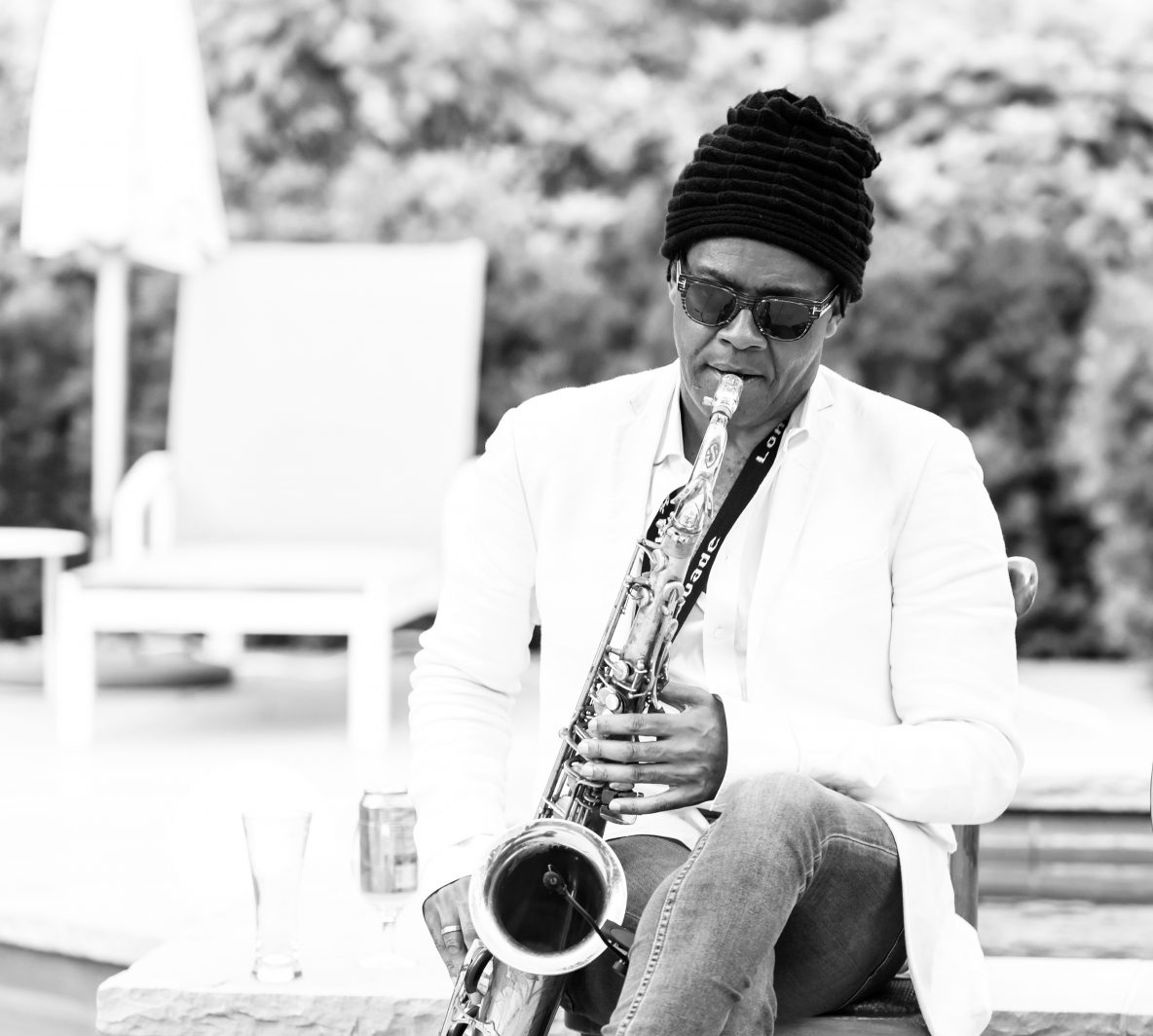 Neil Brathwaite Group is led by saxophonist Neil “Bee” Brathwaite. He has performed and recorded in various musical genres including R&B, Jazz, Blues, Reggae, Country, Rock and World
Music. Amongst the artists that he has worked with include George Clinton, Danilo Perez, Wynton Marsalis, Salome Bey, Deborah Cox, Molly Johnson, Slim Gaillard, Kelis, Leroy Sibbles, Jacksoul, Jully Black, Johnny Reid, The Philosopher Kings, The Headstones, The Dream Warriors and Eddie Bullen. “Bee Thankful’ is the title of Neil Brathwaite Group’s debut album released in spring 2022. The music touches on a wide range of compositional influences from the mind of the leader Neil Brathwaite. The history of this group dates to their many years playing together as the regular Monday night house band for a soul food/Caribbean restaurant in downtown Toronto called Harlem Underground. Unfortunately, in 2019 the restaurant closed its doors but the vibes that echoed through those walls every Monday night are still alive and captured on “Bee Thankful”.