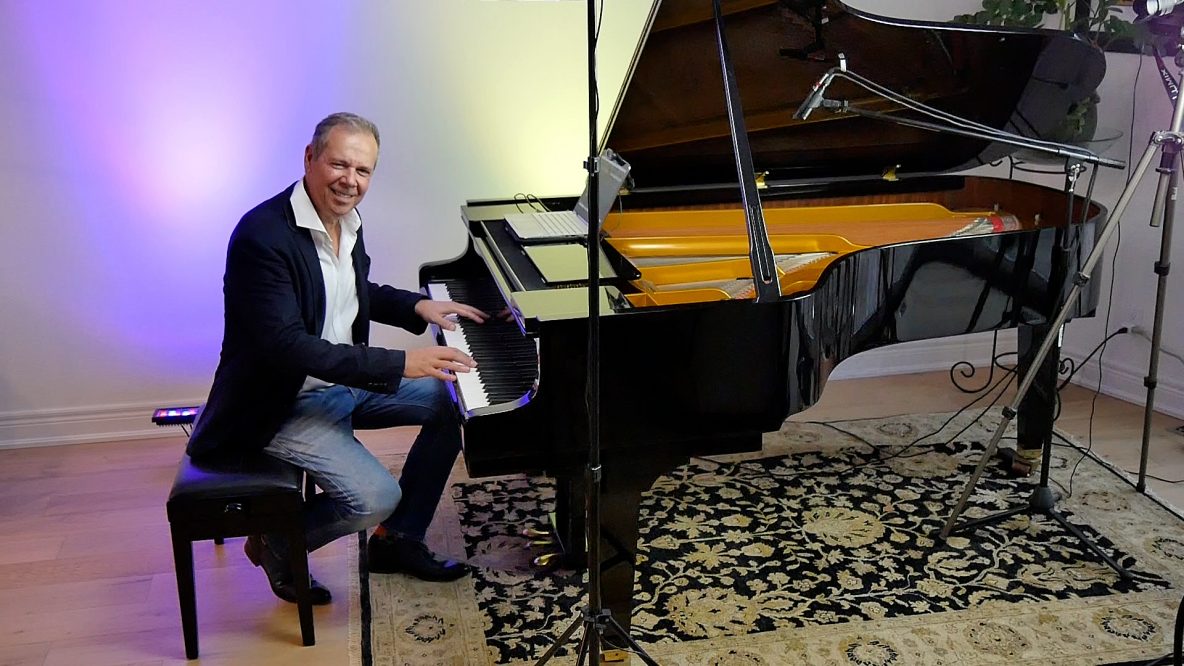 This multi-award winning jazz pianist has had a career of a different sort.  By 2001, with eight albums to his name, Paul was the only Canadian jazz artist signed to New York label Arkadia Jazz when he received some devastating news. The Musicians Clinics of Canada diagnosed him with severe tendonitis in both forearms. While this was a career ending medical diagnosis & soul crushing news, Paul was soon after diagnosed with severe Tinnitus. To a musician making a living as a recording & touring artist who had just broken into the US market, this heartbreaking news sent Paul into an emotional & financial downward spiral.

With a young family in tow, Paul had no choice but to reinvent himself. He first grounded himself by walking the Camino de Santiago in Spain. Then within 2 years, Paul had new accreditations as a Professional Certified Trainer and established himself as an Award Winning Digital Marketer.  He became the co-founder of the first Training Company in Canada to offer digital marketing training. His success saw him serve thousands of companies in North America helping them generate tens of millions in new sales. Fast forward 18 years, as the pandemic halted many business operations, Paul’s son Adrian wisely said to his father “It’s time dad.”

Heeding his son’s advice, Paul began to test the limits of his arms at the piano, while at the same time building a new YouTube channel branded “Jazzmentl”, which currently serves over 4,500 jazz students worldwide. This concert is Paul’s first come-back performance since his last guest appearance at Carnegie Hall. Paul will be performing his favorite songs from the Great American Songbook. We hope you enjoy it!