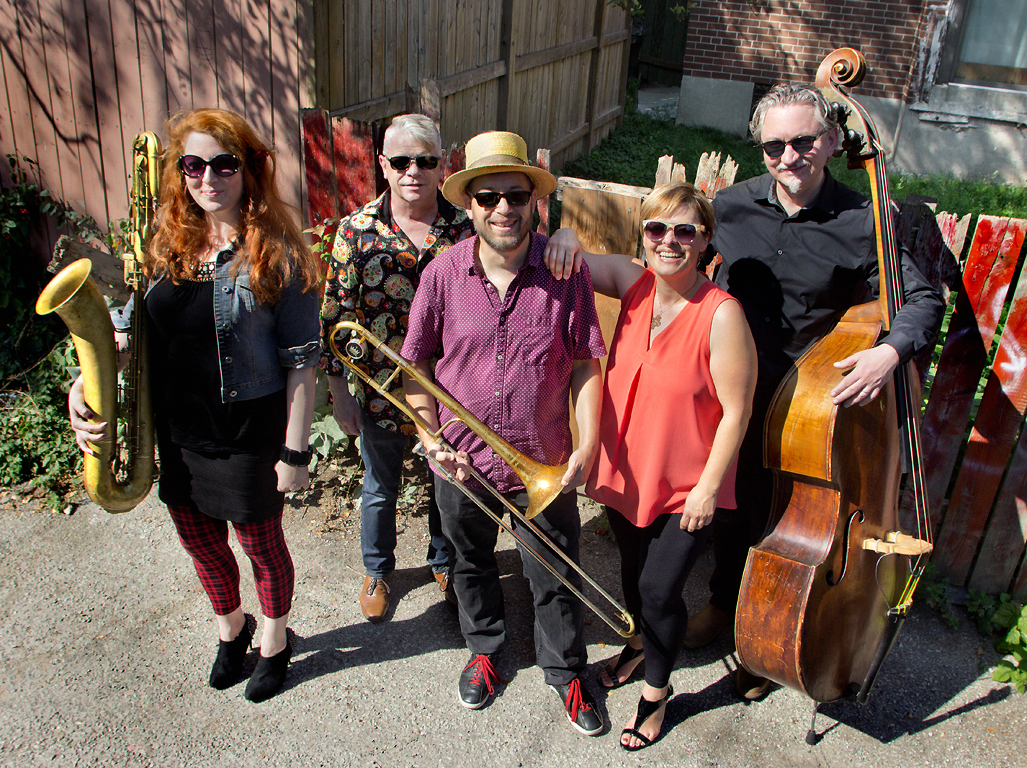 When the question is posed, “What comes to mind when you think of New Orleans?”, several things jump out at you …. the weather! the food! the people! and oh so importantly, the music! The birthplace of jazz … a glorious combination of African American field songs, the blues, southern Gospel music … mix in some military style rhythms and some ragtime along with a multitude of Afro-Cuban music styles …. Cajun favourites! … Dixieland! … Rhythm & Blues! … Zydeco! … you name it, it seems to have its origins in Crescent City in some way! The music of New Orleans is as diverse and delicious as its food, as hot as it’s weather and as cool as the beautiful people of NOLA.

Leap north just past the 49th Parallel to Toronto … one of the most diverse cities in the world in so many ways, with a music scene to prove it!! Five years ago, two friends and rhythm section comrades with a long standing presence in the Toronto Traditional Jazz scene decided to create a musical entity that would pay homage to the music of New Orleans but in a manner that reflected their own musical experiences and influences here in Canada … a fresh approach to not only traditional jazz but everything from the blues to second lines with original music and lyrics written to compliment a repertoire that possesses a common “gold, green and purple” thread of New Orleans weaving its way throughout.

Longstanding pianist and vocalist Roberta Hunt who had spent 14 years with legendary Traditional Jazz band ‘The Happy Pals’, (a literal institution of traditional jazz every Saturday afternoon at Grossman’s Tavern for over four decades on the Toronto music scene) decided to step out and try new musical adventures … one band’s ‘loss’ was another’s huge gain and Glenn and Jack knew they had the ‘voice’ and pianist of their new band. Both Glenn and Jack had long been sidemen in the band of jump/blues musician/songwriter ‘Big Rude Jake’ who began employing a rising star on the music scene, sax player Alison Young. It quickly became clear that Glenn, Jack, Roberta and Alison had a certain chemistry that quickly translated into a new band on the Toronto music scene … the band is called Red Hot Ramble! When the band recorded its first CD, ‘Red Hot Ramble’ another Big Rude Jake alumni was invited to play trombone on a few cuts … his name is Jamie Stager. Red Hot Ramble became a quintet and recently celebrated their 5th anniversary of performing wherever people and music come together!

Red Hot Ramble performs traditional jazz, blues, funk, along with second lines in the spirit of the great city of New Orleans but with a distinctly Canadian flavour!! Music that is as at home in a jazz club as it is a music festival or a wedding and yes, even a funeral! Red Hot Ramble is music about people … their ups and their downs ..their loves and their hates … their blues and their celebrations of life! Guaranteed you won’t be able to sit still when you come to one of our performances … in fact Red Hot Ramble is a much for dancing as it is for listening and singing along too!
To borrow an old Louisiana saying, “Come as You Are, Leave Different”, Red Hot Ramble has a well earned reputation for their performances living up to that motto!