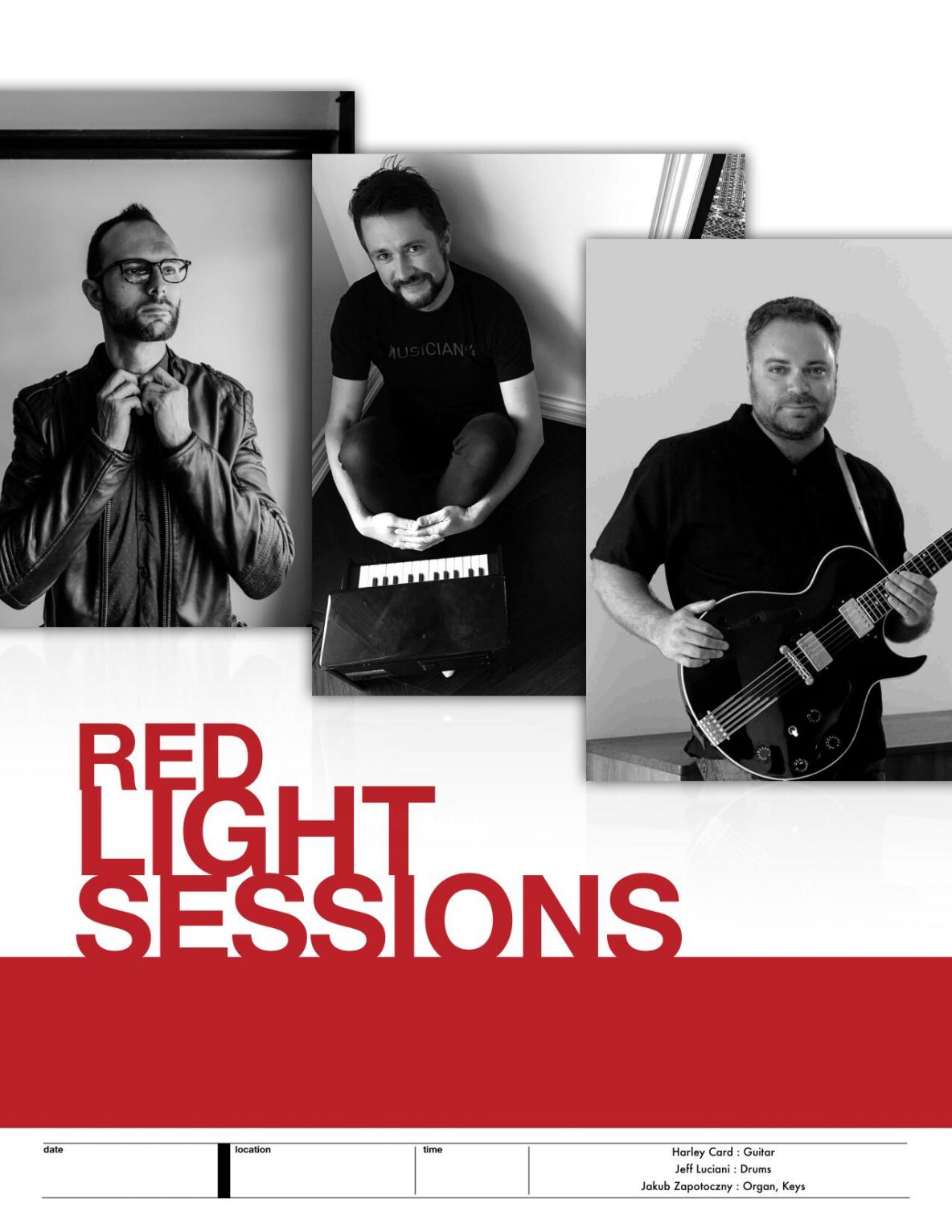 Jakub Zapotoczny is a multi-instrumentalist, singer, composer and producer. Proficient on piano, bass and guitar, he is comfortable performing and writing in a variety of styles and sounds. He has performed/recorded with Juno award-winning producer Joseph Donovan (The Dears, Sam Roberts), Matt DeMatteo (Big Wreck, Ashley MacIsaac), Sergio Galli (Platinum Blonde) and Remigio Pereira  (The Tenors) to name a few. He is currently on touring with Madison Violet and Patrick Krief.

Jeff Luciani is a Canadian drummer and percussionist from St. Catharines, Ontario. He is a graduate of the Applied Music Program offered through Mohawk College in Hamilton, Ontario and has since gone on to perform throughout North America, Mexico, The Caribbean, The UK, Europe, Turkey and Russia with celebrated Canadian artists; The Dears, Derek Miller, Madison Violet and Sean Jones. Jeff currently lives in Toronto, Ontario.

About the band/A description on the night:
Do you like guitar solos with a good dose of humour? Do you like drums to get somewhat loud and aggressive at some point during a show? Do you like keyboards that sometimes don’t sound like keyboards and still have a healthy amount of organ? Do you like Seinfeld? Do you like Madeski, Martin and Wood, John Scofield, Robert Walter, Soulive, The Herbaliser, Alan Watts, CBC Radio, Galactic? If you’ve answered “yes” to one, several or all of these questions, then go ahead and put RED LIGHT SESSIONS on that list and come to the show!