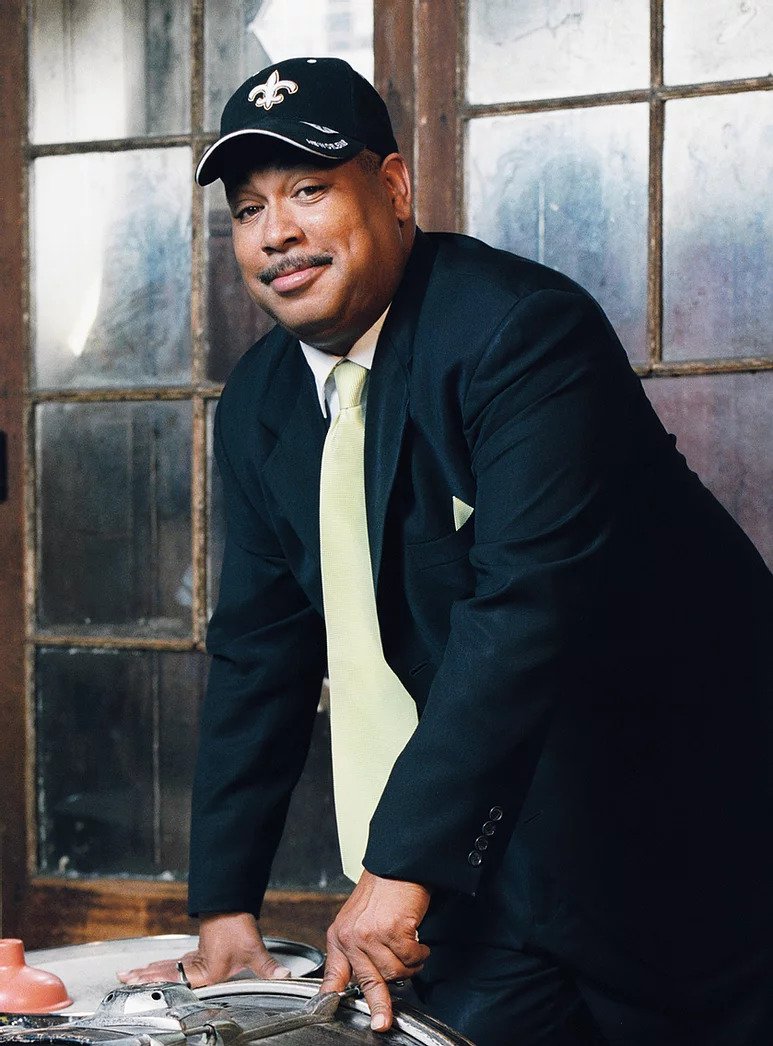 Shannon Powell is a highly sought after drummer and percussionist who has achieved international acclaim for his commanding technique and style, rooted in the characteristic funky drum beats of New Orleans.  As a youth growing up in New Orleans’ storied Faubourg Tremé, home to many of the city’s jazz performers, Powell was surrounded by music. By age 6, Shannon Powell was playing drums regularly for his church, the First Garden Christ Church.  It was a natural transition from the raw spiritualism and rhythms of his church to the driving grooves of traditional New Orleans jazz.  Soon after, he began visiting and performing at the historic Preservation Hall alongside local legends such as Cié Frasier and Freddie Coleman.

While in elementary school, Powell met the legendary Danny Barker, a veteran of Cab Calloway’s Orchestra who had returned home to New Orleans in the mid 1960’s to teach traditional jazz to neighborhood youth.  Barker chose Powell for his legendary Fairview Baptist Brass Band.  Within a few years, Powell became a regular member of Barker’s band and played professionally with Danny Barker & His Original Jazz Hounds.

Powell spent his teenage years in the acclaimed concert band at Joseph S. Clark High School where he graduated. He also studied at the Black Academy of Arts, headed by pianist Willie Metcalf Jr. and played in Metcalf’s band along with fellow academy students Wynton Marsalis and Branford Marsalis. He further honed his skills and broadened his stylistic palette with bandleader and tenor saxophonist, David Lastie, as well as the Original Taste of New Orleans.

Currently, he is a bandleader and has recorded his own CD, “Powell’s Place,” which showcases a mix of traditional and original jazz songs and also features Powell on vocals. Powell is considered a leading force on the traditional jazz circuit and also serves as an educator and clinician.  He has been featured at workshops presented at universities and jazz festivals all over the world.

Considered a living legend in New Orleans music, Shannon Powell is heralded as “The King of Treme,” the neighborhood where he grew up in New Orleans, which has given birth to countless musical inspirations and innovations.