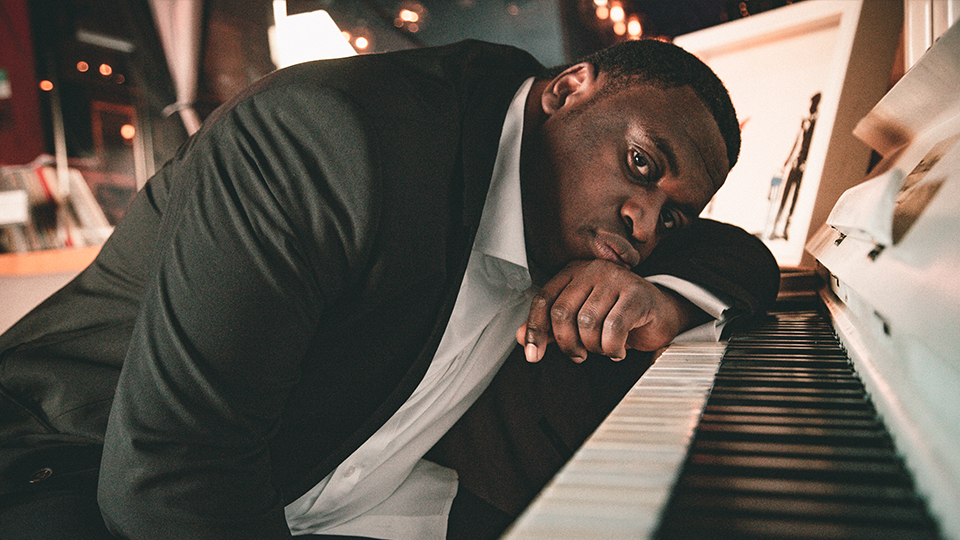 Hailing from Toronto, Ontario, Thompson Egbo-Egbo is a pianist with a gift for memorable but harmonically complex compositions that have at their core a deep, abiding groove.

A rambunctious and free spirit was channeled in a creative direction with piano lessons an inner-city music school. After graduating from high school, Egbo-Egbo earned a degree in Music from Humber College and studied electronic production and design at the Berklee College of Music in Boston.

After college, Egbo-Egbo found performance work in the clubs and lounges of Toronto. An ever popular performer, many solo engagements turned in to long-term residencies at venues like The Shangri-La Hotel & Jacob’s Steakhouse.

Four years later, Egbo-Egbo issued ‘A New Standard’ for eOne, which sought to redefine the concept of the jazz standard, and included original takes on Radiohead, Bob Dylan and Laura Mvula tunes. The album was recorded in a trio format, with Randall Hall on bass, and Jeff Halischuk on drums, marking a departure from the solo playing for which Egbo-Egbo had become known.

‘A New Standard’ was well received by critics and audiences alike, with Canadian Beats magazine calling it ‘a brilliant display of creativity, keen diversity and expert arranging.’

The album’s release was the beginning of a busy year of touring, including sold out appearances at The Rex Hotel, the Poetry Jazz Cafe in Toronto and Artword Artbar in Hamilton. The end of the year saw the inclusion of the album on JazzFM’s Music Director’s Top 20 of 2018, landing at #6, among records by Kamasi Washington and John Scofield.

For ‘The Offering’, Egbo-Egbo has returned to the trio format. If ‘A New Standard’ sought to change the conversation, ‘The Offering’ seeks to create a new dialogue about what we expect from a ‘jazz’ trio. Whereas ‘A New Standard’ was recorded and then performed, many of the tracks on ‘The Offering’ were written on stage, and put to tape after they’d been fleshed out live. This adds a presence and muscular tone to the album. The recording process itself was an attempt to capture the essence of the trio live – the element that has been attracting an ever growing audience to the trio’s concerts.

With the exception the Pat Metheny penned ‘Question and Answer’ and the traditional standard ‘Beautiful Love’, the rest of the tunes are written by Egbo-Egbo or co-written with the trio.