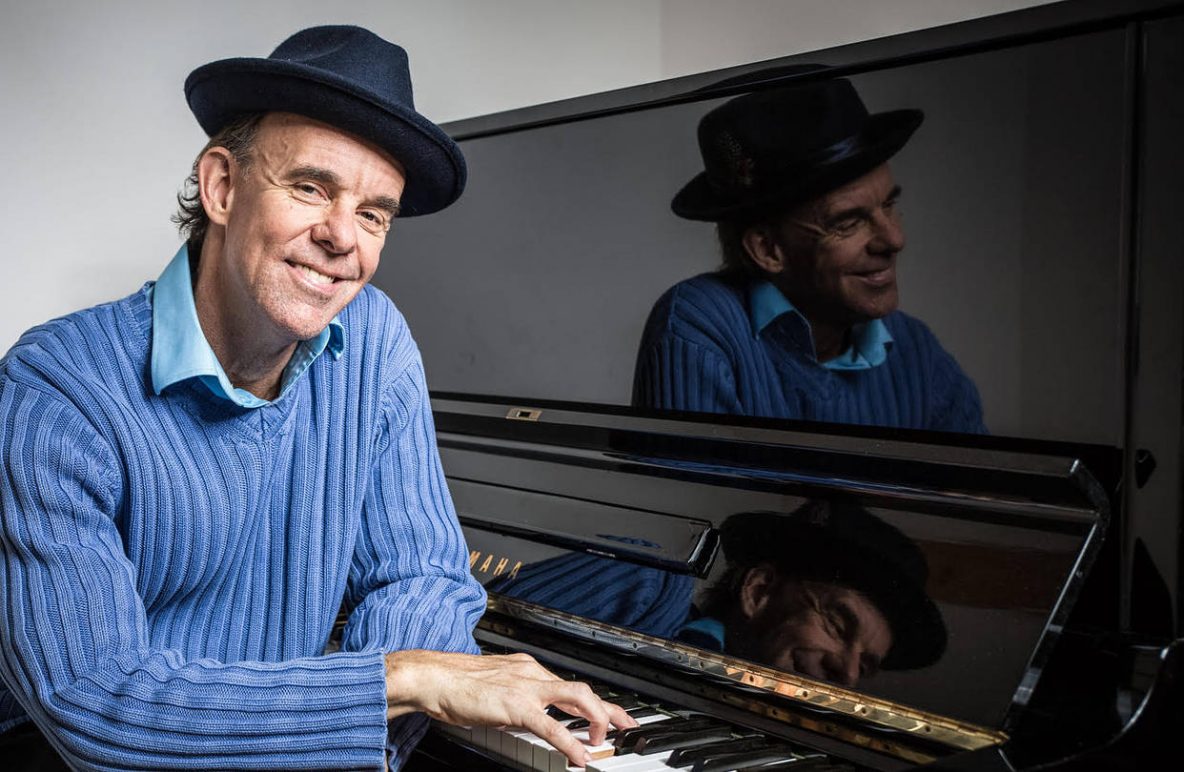 Tom McDermott is one of New Orleans’ premiere piano players and composers. He grew up in St. Louis, where he earned a Masters’ Degree in Music, wrote music journalism for the morning paper, and soaked up the sounds of ragtime and traditional jazz that flourished there in the 1960s and 70s. In 1984, spurred by his love of James Booker, Professor Longhair and Dr. John, he moved to New Orleans, a trip enabled by a gig at the World’s Fair.

Tom has been quite busy the last 30 years. For much of the 1990s he was a Duke of Dixieland, which took him to Europe, Asia, South America and all over the States (including Carnegie Hall); he recorded several albums with the Dukes, including a tribute to Jelly Roll Morton with the fabled raconteur Danny Barker.

In 1995, after arranging a tune for the Dirty Dozen Brass Band album “Jelly,” he co-founded the modern brass band the New Orleans Nightcrawlers. During his stay with the band they recorded three albums, two for the Rounder Records label.

Tom has written for the theatre (the Obie-award-winning off-Broadway show, “Nita and Zita”), and appeared in bit roles in the movies (“He Said She Said”).  In the New Orleans-based HBO series “Treme,” he played  himself five times in three seasons and had 10 pieces of music used on the soundtrack. His original music has also appeared in Showtimes’ “The Knick.”

He has recorded 17 albums as a leader, and there is more info on these recordings in the CDs section. These recordings include 85 original tunes. His music has been heard frequently on NPR, i.e. “All Things Considered”, “American Routes”, and “The Moth.”  A group he co-led with clarinetist Evan Christopher, the Danza Quartet, appeared on NPR’s New Year’s Eve show “Toast of the Nation” on 2008-2009.

Tom is known for his eclecticism, and is just about the only New Orleans pianist to stretch from the mid-19th-century music of Louis Moreau Gottschalk to the funky New Orleans piano today. He has a great love of Brazilian music (17 trips there so far), the Beatles, European classical music, early Duke Ellington, and much more.

In addition to music, Tom is a voracious traveller: he’s visited all 50 states and six continents, and writes about them whenever he can. He has twice had the opportunity to give performance/lectures at Harvard University about New Orleans music.