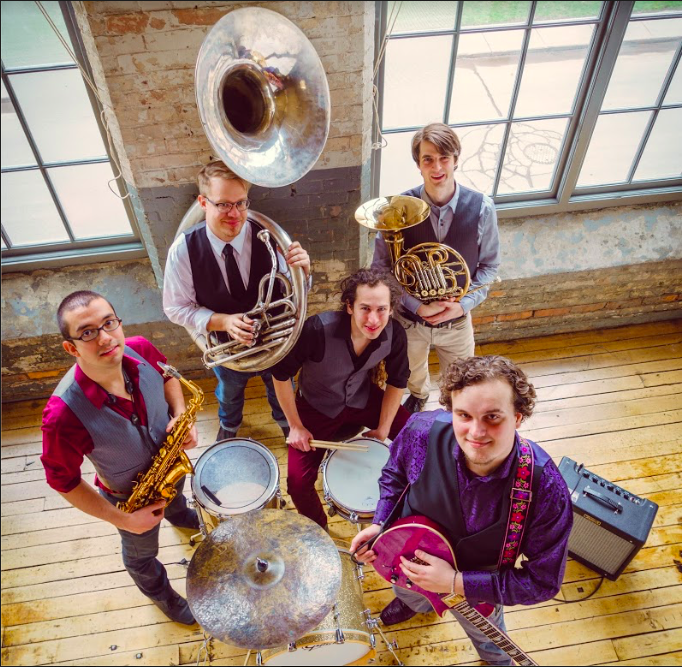 Formed in 2011, Turbo Street Funk started as a professional busking band, performing on the streets of Toronto four days a week each spring and summer while members of the band attended university. The band received high praise from Toronto journalists for their fresh sound and popularity with Toronto audiences:

The band quickly drew the attention of Canadian jazz legend, Richard Underhill, who introduced them to fellow “Shuffle Demon” and music producer, George Koller. With George at the helm, Turbo Street Funk released their debut album, To The Street, in May 2014 at Toronto’s legendary Horseshoe Tavern.