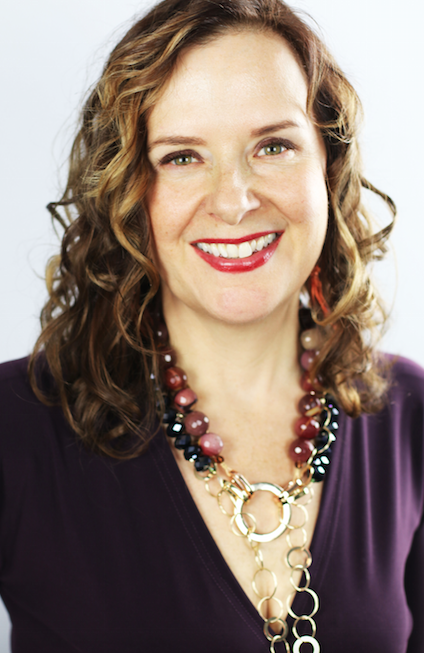 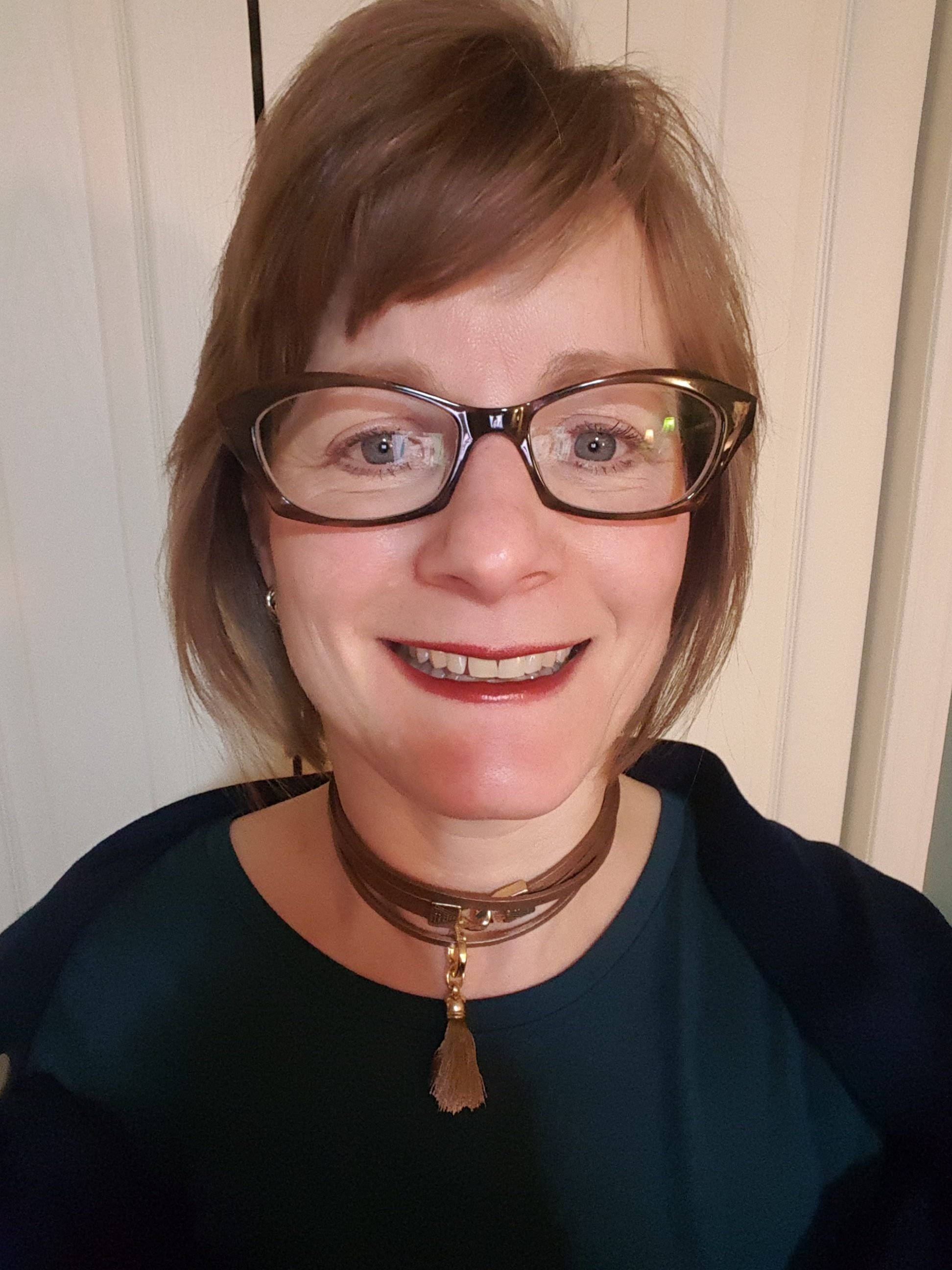 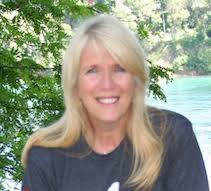 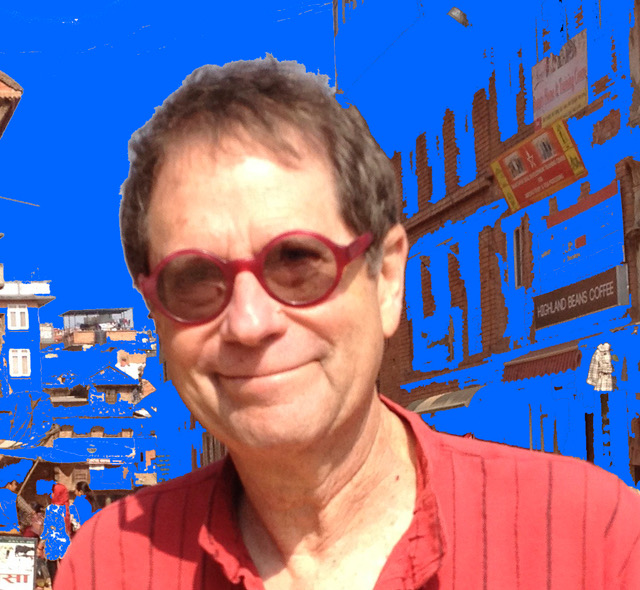 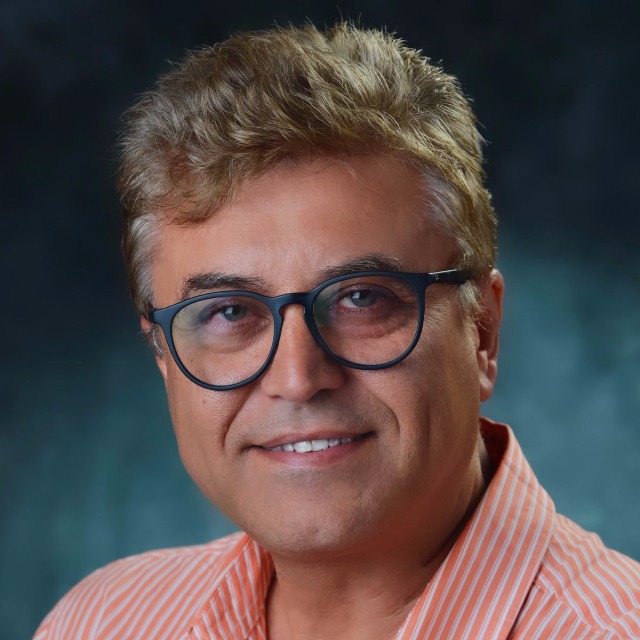 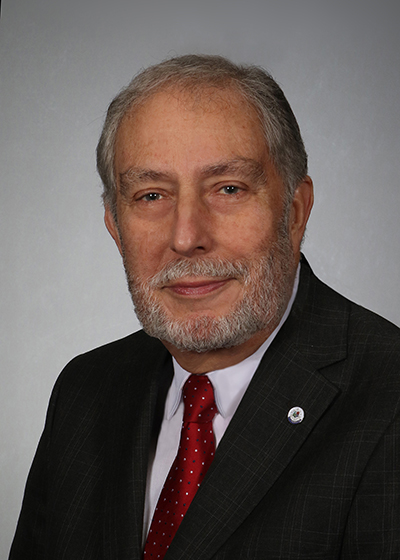 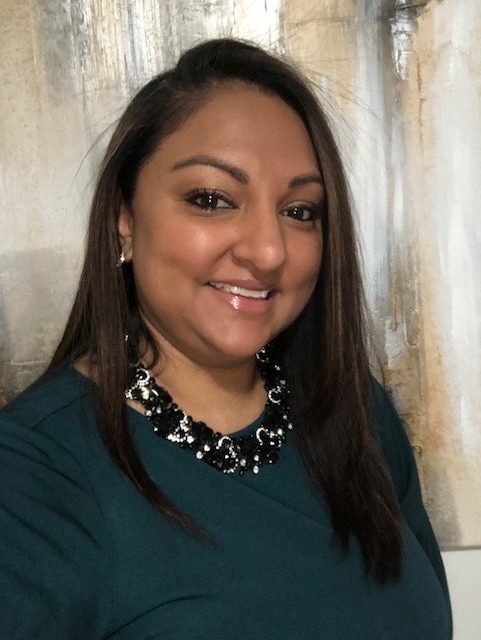 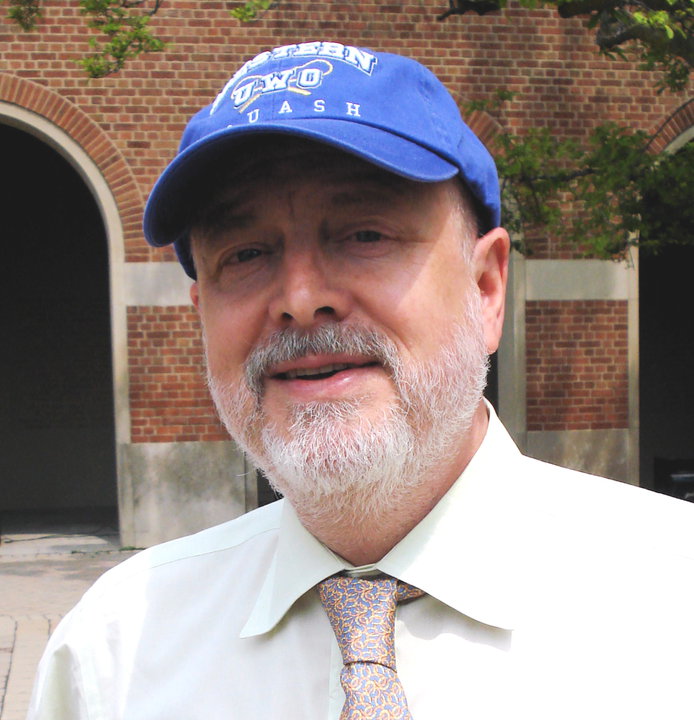 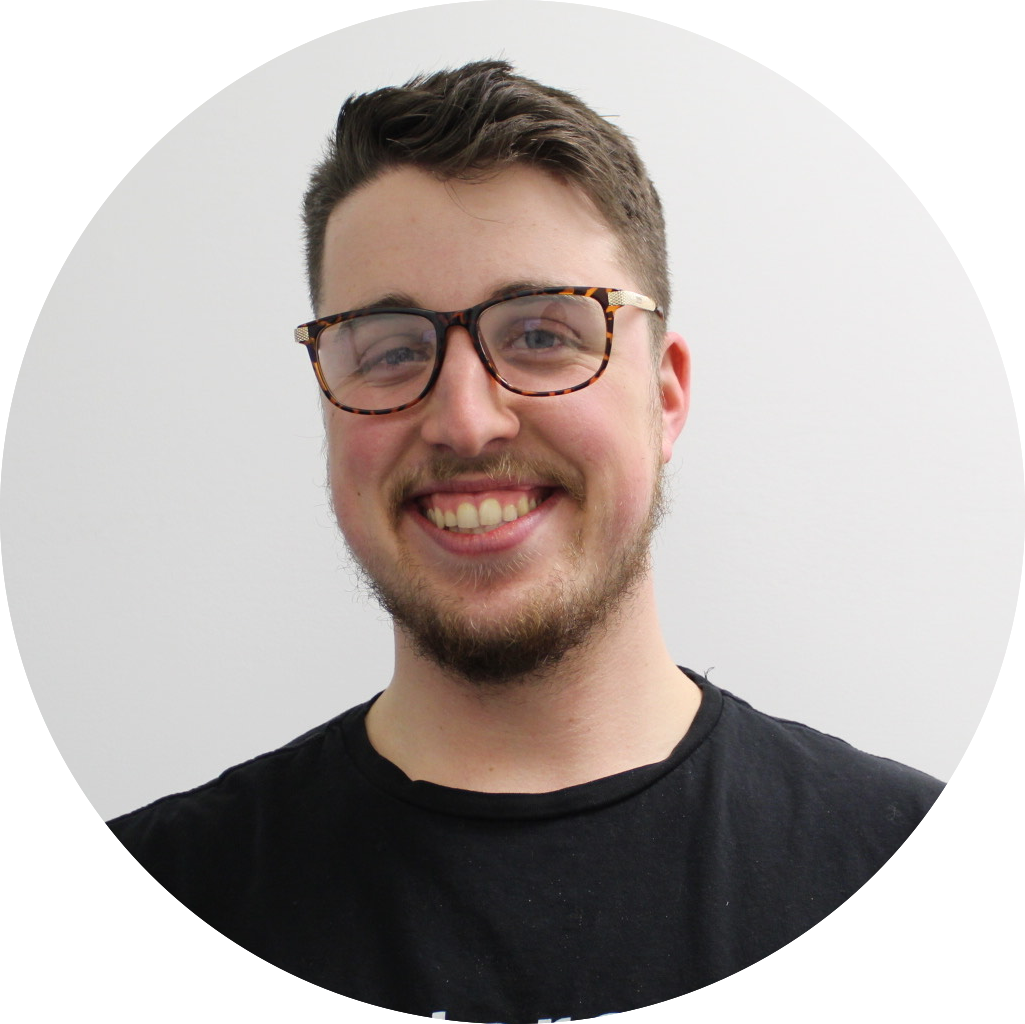 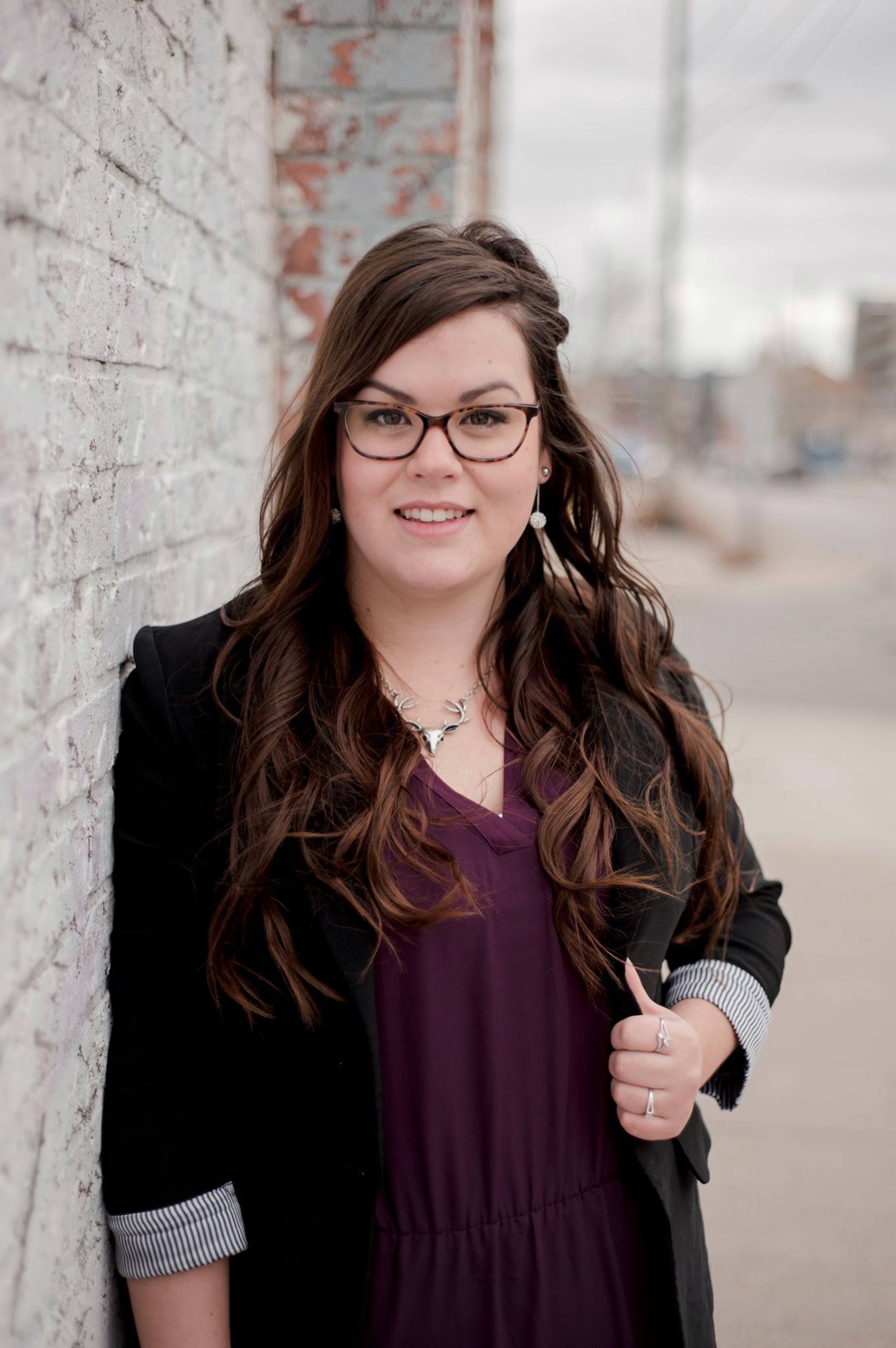 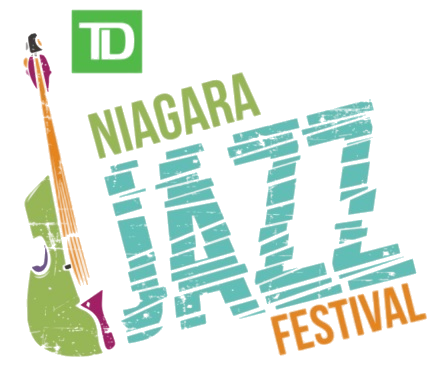 April Mitchell-Boudreau is a Niagara-based Indigenous designer, who is on a mission to awaken the creator that lives inside every person. Together with her husband Doug, April owns and operates BeadQueen, an innovative handmade jewelry company.

Passionate about empowering people’s natural creativity, April is the designer of the Lofttan Strandwear jewelry system, and is constantly challenging herself to create new tools for expression. More recently, April has begun offering Conscious Creation Workshops, where mindfulness is awakened through design, and stringing beads. When people “make” together, magic happens!

Now in it’s 11th year of business, BeadQueen operates as both a retailer and wholesaler out of Niagara; selling online, in museum shops and galleries across the country, and participating in select juried retail environments.

A career accountant, Eva is now Manager of Financial Analysis and Planning for Andrew Peller Limited.An avid tea-drinker, Eva has studied to become a Tea Sommelier, and is famous among her friends for sharing her lovely teas.Eva sits on the Executive of the Ridley College Family Guild as Treasurer, a role she has filled for 5 years.

Since retiring from over 30 years of teaching, Joan King has dedicated her retirement to bringing some of the most important elements of education to the community. Through her work with Big Brothers Big Sisters, she has acted as a mentor in the lives of children benefiting from a consistent positive role model to help develop social skills and build a foundation and love for learning.

Joan has also spent the last 11 years growing the participation base for the NOTL Terry Fox Run. Not only has the run become a yearly event that’s brought the community together, it’s promoted a healthy physical outlet and raised over a quarter million dollars towards cancer research.

In addition Joan has offered her time to the TD Niagara Jazz Festival, which brings music and culture to the area and inspires a love of the arts across generations.

Anyone who knows Joan can attest to her contagious enthusiasm to enrich the lives of not only the children, but everyone around her.

Dr. Ron Clavier was born in Montreal. Following his undergraduate studies at McGill University, he earned his Doctorate in Experimental and Physiological Psychology from Northwestern University in Evanston, Illinois. His Postdoctoral work focused on Biochemical Psychiatry at the University of British Columbia. Ron served as Professor of Anatomy and Psychology in medical schools in Chicago and Vancouver. He has published over 30 articles in scientific brain science journals, and his laboratory work contributed significantly to the development of modern antidepressant medication. From 1982 until he retired to NOTL in late 2012, he ran a private practice in clinical psychology from his Toronto office.

In addition, Ron has consulted in the corporate, law enforcement, community, health, and education sectors. He worked for a number of years as a research consultant in psychiatry at the University of Toronto and was Senior Consultant to the Council on Drug Abuse until 2007. Ron’s television series, Adolescence: The Stormy Decade, was broadcast on Canadian Learning Television from 2001 until 2007. His book ”Teen Brain, Teen Mind” (2nd Edition, 2009) helps families cope with the difficulties of this phase of life. Ron is internationally recognized as an expert in the psychology of teens and young adults. In addition to Canada and The United States, he has brought his educational approach and clinical methodology to Italy, Germany, Scotland, Turkey, Spain and the United Arab Emirates.

Ron is also an accomplished artist. His mixed-media oil painting projects: “Awe and Humility and Joy: A Tribute to John Steinbeck” and “Pandora Revisited” can be previewed in his art website. Ron is also in development of a two-person play about life and success, which is being prepared for Toronto audiences.

Ron lives with his wife Lita in Niagara-On-The-Lake, Ontario.

Jansin was born in Istanbul, Turkey.

Due to his interest in photography he worked as a photojournalist for Hurriyet, the larges national newspaper in Turkey while studying mechanical engineering.

During his journalistic career, he won numerous awards for his photographs and was awarded reporter of the year 4 years in a row.  After his education he chose to stay in the media business and published his own lifestyle magazine.  He moved to Canada in 1984, married Sandra the same year and they owned an operated two photography studios, until Jansin had the opportunity to start a business in Europe in 1994.  he timing was good, as the company grew to a 2,000 employee corporation.

In 2004 Jansin sold his shares, after trying several different ventures in Canada, he settled in the wine industry.  While working as the vice president of marketing for Konzelmann Winery, he was heavily involved in community events and volunteered in many organizations.  He has volunteered or is the member of the following organizations:

Currently he is board member at Hotel Dieu Shaver Foundation and is a  member of NOTL Rotary Club.  He is very excited to be part of the Niagara Jazz Festival

Carlos has over 40 years of business experience and has held management positions in a number of major Canadian companies including: Canadian General Electric Inc., John Labatt Limited and Inglis Limited. Between 1987 and 2017 he was President of NCG International Consultants, a private consulting firm specializing in Business Planning and Development and Organizational Effectiveness, with particular emphasis on the development of comprehensive business plans for new ventures and for existing operations that lack a planning process and discipline.

This firm has developed strategic business plans in a broad variety of industries, including: food processing and food service, computer hardware and software, poultry and beef farming, healthcare, retail and sports and entertainment. Client organizations have included: Major League Baseball and Major League Baseball Properties, The Toronto SkyDome (now Rogers Centre), Warner Brothers Studio Stores, Cuddy Foods and Farms and the Basketball Hall of Fame. Carlos has extensive experience as a community volunteer. He was Co-Founder and formerly Executive Vice-President of the Port Dalhousie Conservancy, Niagara's largest volunteer heritage organization (600+ members). The Conservancy worked closely with the community, City Council and staff to pursue and obtain heritage designation for historic Port Dalhousie and, in 2009, received the Province’s prestigious June Callwood Award for its volunteer work. In 2018, Carlos was the volunteer captain for the annual Terry Fox Run in St. Catharines. He holds a B.Sc (Mathematics), M.Sc. (Physics) and M.B.A. (International Business). He lives in Port Dalhousie and works for all of St. Catharines.

Annalisa Medina is an experienced Financial Advisor who has been in the industry for 15+ years and now uses that background as a Marketing Product Specialist at Meridian Credit Union. In her spare time from being a wife, mom, and career woman, she involves herself tremendously in her community where she sits on other Not-for-Profit Boards, Mentors New Immigrants to Canada, and Teaches Financial Literacy to the youth in the community. She is also passionate about supporting international communities, where she contributes to youth development programs.

As a proud supporter and lover of the Arts Community, she is a Jazz enthusiast that is passionate about bringing Jazz to hearts of everyone! Annalisa has a positive outlook on life and enjoys helping and developing others. She has strong belief and discipline which enables her to press through anything with contagious energy and a permanent smile.

Simon Hall is a retired university counselor from Ridley college. He has over three decades of experience with assisting high school students, student/athletes, and their families.

Simon and his wife Susan are huge supporters of the arts and had been frequenting the various TD NJF events well before he joined the Board. The TD NJF is thrilled to have him as one of their Board members.

Born and raised in Niagara, Greg loves all this region has to offer and plans to continue his professional and personal journey here too.

Greg has always had an entrepreneurial spirit and a passion for helping his local community. He constantly looks for new ways to evolve as a professional and to foster new ways of giving back to this amazing Niagara community.

Greg is an avid craft beer lover, a coffee snob and loves to play his guitar and basketball in his spare time.

Brianne is the owner and founder of Buck Marketing, a boutique marketing agency in South Niagara. She has lived in Port Colborne her entire life continuing her education in both Marketing and a post-grad in Public Relations from Niagara College. She leads a team of digital marketing experts and graphic designers to provide communications consulting, educating and strategic marketing services in the region.

Brianne is not only an entrepreneur but also a Brand Marketing Coordinator for Andrew Peller Ltd. working on national wine brand campaigns. Her expertise in social media and love for mentorship has led her to teach social media success classes through the Small Business Enterprise Centre as well as become a mentor with Literacy Link Niagara in a reverse mentoring program. Brianne is passionate about mentoring others and bringing businesses together to succeed. She’s won an award for her volunteer efforts on both the NEXTNiagara and Women in Niagara councils and continues to volunteer her time and skill set.