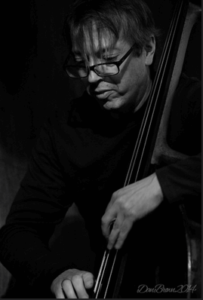 Clark Johnston started his professional career as a bassist in 1994 and has since had the opportunity to work with the likes of Peter Appleyard, Diana Panton, Reg Schwager, and Don Thompson–just to name a few. He performs regularly with Drew Jurecka, Adrean Farrugia, James Brown, Neil Brathwaite, Ashley St Pierre as well as many other great musicians.
Clark has released three CDs with Shields Johnston Fielding featuring his original compositions and can be heard on many other people’s recordings.
He holds a master’s degree in music composition as well as a Bachelor of Education from York University. Clark is currently on faculty at Mohawk College, McMaster University, and Hillfield Strathallan College.
** Venues and Artists subject to change. **