arrangements. Bassist Dave Young and drummer Terry Clarke are featured along with Sherwood in what is to be an unforgettable evening of great jazz, starting with Peterson’s early years in Montreal when he was first discovered by Norman Granz, through the MPS and Pablo years where he played with some of the greatest names in jazz.

“To my way of thinking, Dave Young is one of the most talented bassists on the jazz scene. His harmonic sympatico and unerring sense of time have kept him in the foreground of the jazz picture.”    –Dr. Oscar Peterson

“…Flawless time, big buoyant tone and bold solo ideas…keen instincts and depth of musicality. The results of (his playing) are a testament to his ability to listen and adapt his concept of time from player to player.”

Toronto-based and Winnipeg-born multiple award-winning bassist and composer Dave Young, is, without a doubt, one of Canada’s most valuable and beloved musical exports. Whether he’s performing as part of a classical symphony, or as an integral member of an iconic jazz trio (with the likes of the late Oscar Peterson), or leading any of his dynamic ensembles, Dave remains a total musician, with artistic soul in abundance. He first began studying the guitar and violin at age ten, but a turn of events at his first gig (a University dance band) compelled him to pick up the bass. Equally comfortable in the worlds of orchestral classical music and jazz, Dave is a multiple threat. As a classical musician, he has been a member of The Edmonton Symphony, The Winnipeg Symphony and The Hamilton Philharmonic. As a jazz artist, he is a chameleon-like bassist, who often shines brightest in collaborative efforts with other musicians. Because of his technical skill, few bassists (jazz or otherwise) are able to dig in, swing hard and still render a lyrical arco solo as Dave can. 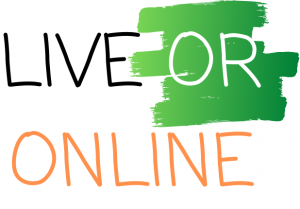