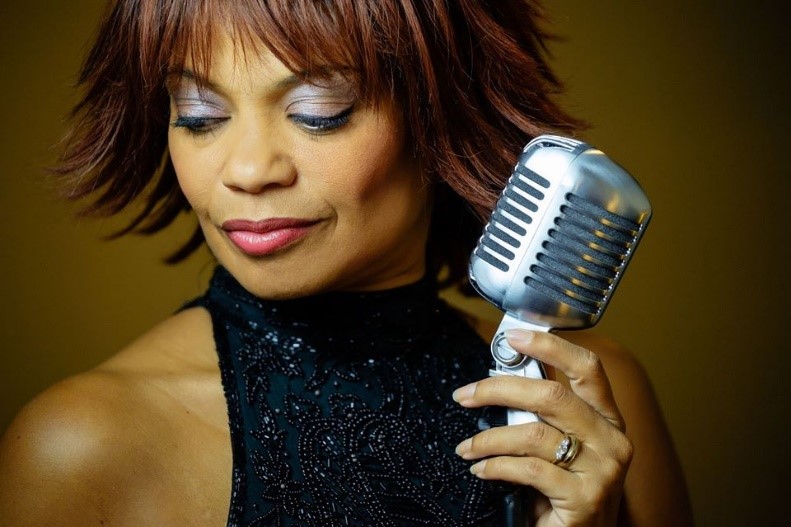 To tip Juliet and Peter:

A huge thanks to Music Together for their support!

Juliet Dunn’s lineage is Jamaican and English. She was born in the UK before emigrating with her family to Vancouver, BC, Canada in 1974. As a young woman she returned to Europe and settled in Paris, and in her 30’s made the Niagara region her home. While in Paris, Juliet released her first CD single and was the lead in the French film, “L’Amerloque” (The Yankee). After 13 years of being in the entertainment industry in France, Juliet returned to Canada where she performed for film and television productions and spent two seasons in the ensemble of the renowned Shaw Festival Theatre (2002 + 2003).
After having relocated to Ontario, Juliet formed her own jazz band (Juliet Dunn Quintet) and started to perform around the Niagara region. Later, with her husband and musical partner Peter Shea, Juliet performed as a lead jazz vocalist all over the world in both French and English. Today, Juliet is very active in the Niagara region. With Peter, she has been running the Twilight Jazz Series in Niagara for over eight years (twilightjazz.ca) bringing together both local and international jazz musicians. She also performs regularly in festivals and at various venues and was a radio host of ‘SUNRISE’ on JAZZ.FM91 in Toronto for three years.
She now focuses on the TD Niagara Jazz Festival full-time, (niagarajazzfestival.com), which she co-created with Peter. The duo are proud to bring this exciting Jazz Festival to the Niagara region featuring preeminent Canadian and internationally acclaimed jazz musicians via concerts, educational initiatives, activities, and free events. The festival, now in its seventh year, was named “Best New Festival in Ontario” (2017) and selected as one of the ‘Top 100 Festivals in Ontario’ (2019 & 2020). The festival runs various events throughout the year with a focus on the summer festival in July. The festival is also one of festivals featured in the national network of Jazz Festivals of Canada, which is committed to the development and vitality of jazz presentation. (jazzfestivalscanada.ca)
Juliet’s three bands include her the Juliet Dunn Quintet (also comes as a duo, trio or quartet), the Shea D Duo featuring herself and Peter Shea, and her French band: Le Trio Parisien. Juliet Dunn works tirelessly to keep jazz alive, to work across musical genres and in partnership with a variety of performing arts programs and organizations, and is excited to see where her energy, efforts, and talents will take her in the future. Without a doubt, Juliet Dunn is vital to the music scene in Niagara and beyond.  More info: julietdunn.ca

Born and raised into an Irish/Icelandic family Peter Shea began his lifelong love affair with music surrounded by a family of musicians and music lovers. In 1995 Peter graduated from the University of Toronto with a degree in Jazz Performance and Composition.

Peter Shea’s extensive resume includes performing on keyboards for the hit Toronto Second City dinner theatre show “Tony and Tina’s Wedding”; touring across Canada with comedian Sean Cullen; performing for a month at the world famous Edinburgh Comedy Festival on both keyboards and drums, including several live performances on BBC Television and Radio; performing on keyboard with the Jersey Boys in Toronto; a cross-Canada tour with the famous Montreal “Just for Laughs” Road Show including the Pantages and Massy Hall theatres.

Along with his wife and musical partner, Juliet Dunn, Peter Shea has performed in over forty countries as a bandleader, vocalist and keyboard/piano player.

Currently, Peter and his wife Juliet run the Twilight Jazz Series in Niagara (now in its 6th year – www.twilightjazz.ca) and the duo also created and run the TD Niagara Jazz Festival.
With his long musical lineage, Peter Shea is considered one of Niagara’s eminent jazz pianist, percussionist, vocalist, composer and arranger.