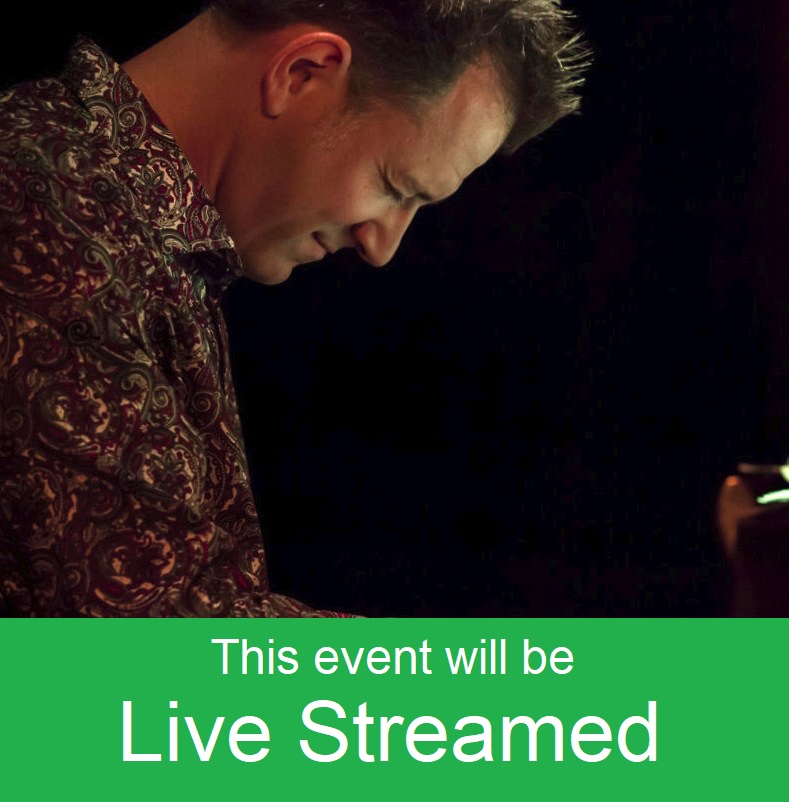 ‘IN YOUR OWN BACKYARD’ PIANO SERIES featuring Attila Fias

Attila Fias is a Hungarian-born, Toronto-raised pianist, composer, arranger and producer. He combines elements such as Brazilian lilt and rhythm, Indian phrasing, Hungarian harmonic and melodic expression, Latin intensity and excitement, and synthesizes it all into one distinct musical flavour with his jazz background serving as the glue that binds it all together.
His extensive experience includes performing/recording with notable international musicians such as Oscar-winner A.R. Rahman (Slumdog Millionaire), renowned tabla master Zakir Hussain, New York jazz harmonica virtuoso Hendrik Meurkens, and other Indian stars including Hariharan and Shankar Mahadevan. Recently he played in a critically acclaimed tour with Soulpepper Theatre Company in New York City – the largest showcase of Canadian artistry in the U.S.A in 2017. In October 2017 the Attila Fias Trio played as part of the Canada 150 celebrations in collaboration with the Embassy of Hungary. Attila also had two full house showcase performances at Hermann’s Jazz Club in Victoria BC – one in December 2017 and one in February 2018.
Attila has performed internationally in major concert arenas such as Los Angeles Convention Center (for the 61st Primetime Emmy Award Governor’s Ball), Wembley Stadium, Madison Square Garden Theatre, Sydney SuperDome and venues and festivals all across Canada.
Attila has produced, composed, arranged, and performed for Universal/MCA, Sony/BMG, EMI America, Somerset Entertainment, Fisher Price and independent labels, on over 100 internationally distributed CDs. They have sold over two million units worldwide, including multiple gold and platinum-selling albums in Canada and the US.
He has also recorded three full albums of his original material. His latest album called “Ride” was released in October 2016 and has received regular airplay on Jazz-FM and CBC radio among others. Attila performed collaboratively on guitarist Eric St-Laurent’s new album entitled “Mustard Arizona” which was released in February 2018.
* This event is funded in part by the City of St. Catharines

ABOUT THE “IN YOUR OWN BACKYARD” SERIES:

“We love organically grown events and this series is a prime example of that. In January of 2019, we started this series when local jazz pianist Doug Mundy asked us if we could store his Steinway grand piano at our Shady Acres Studio. We knew how our jazz fans LOVE the intimate concerts so we thought why not do one ‘In our own back yard’.

The first 4-part piano series was a huge success so we then decided to add another 4 shows and then another 2! 10 shows in total for 2019 and when the piano was removed we decided to continue with a guitar series. Part 4 of the guitar series came during the COVID-19 pandemic so we decided to adapt to the times. Our NEW live streamed events are now in YOUR own backyard.