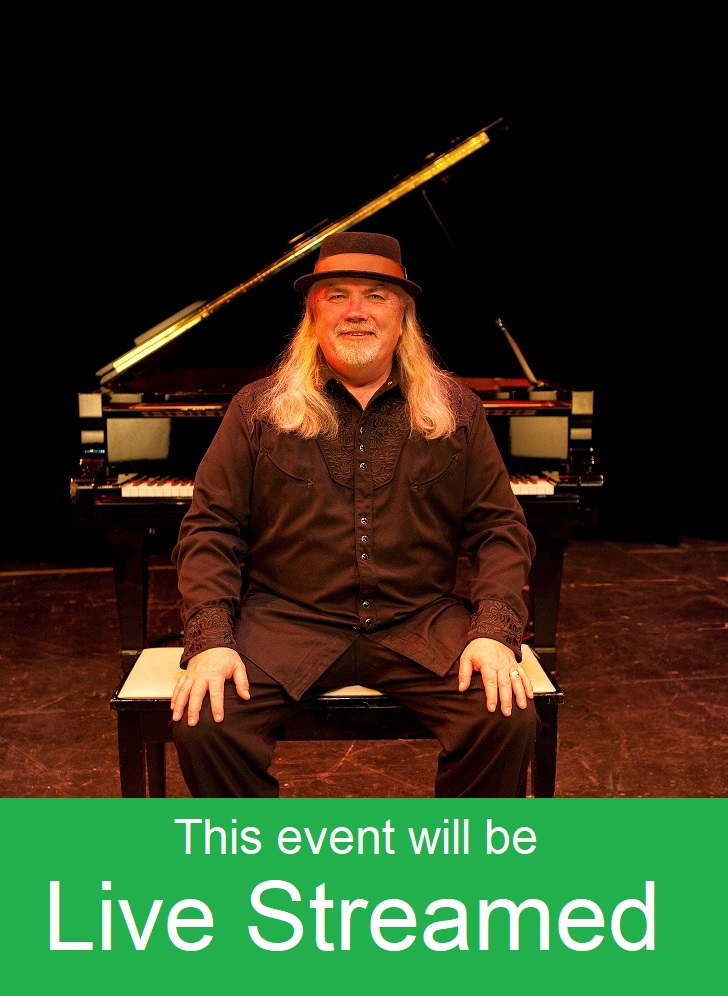 ‘IN YOUR OWN BACKYARD’ PIANO SERIES featuring Lance Anderson

Lance is a Juno award winning producer (Leahy) and the 2014 Maple Blues Award ‘Keyboardist of the Year’. He was trained as a classical composer and has both film and TV credits as a writer.

In 2015, Lance was music co-producer and performer on ‘Oscar With Love’ a critically acclaimed 3CD package that commemorated Oscar Peterson’s 90th birthday, that included some of the world’s top jazz pianists including Chick Corea, Ramsey Lewis, Michel Legrand, and Oliver Jones, playing Peterson compositions. It was released on December 11th,  2015. He performed ‘Sir Lancewell’ a new Peterson composition written for him, by the jazz great.

Considered one of Canada’s finest record producers, Lance has his own label Make It Real Records which only records live-off-the-floor and captures the drama of a real performance. Blackburn, Fathead, Garth Hudson, The Cameo Blues Band and 2B3 The Toronto Sessions are just some of the artists Lance has produced. In 2015 Lance produced ‘Inside Out’ by Harmonica wizard Roly Plat, and toured his productions of ‘The Last Waltz’, ‘Mad Dogs and Englishmen’ and ‘Soulsville – The Music of Stax’ to sold out theatres all over Ontario.

As musical director and session pianist Lance has worked with Roger Whittaker, Shakura S’Aida, Danny Brooks, Jackie Richardson, John Finley, amongst many others. Lance has had an eclectic career, from writing songs with Gordon Pinsent to touring with Mr. Dress-up! From rockin’ boogie piano to jazz and orchestral music and filmscores.
Lance premiered the two man theatrical production ‘Oscar Peterson – The Jazz Legend and the Man I Knew’ in 2013 at the Orillia Opera House and performed it at Barrie’s Classical Colours of Music festival in 2014. The show interweaves Oscar’s compositions with Lance’s personal anecdotes of working with Oscar and witnessing first hand the extent of Oscar’s genius.

Lance is also an internationally known Hammond organ player, and his organ and drum duo, Anderson & Sloski are set to release their second CD in the spring of 2016. They have performed at the Montreal International Jazz Festival, The Mont Tremblant Blues Festival, The Southside Shuffle and the Kitchener Blues Festivals amongst many others and have been featured on CBC Radio’s Saturday Night Blues.

Lance spent ten years touring North America and the world with Shakura S’Aida and wrote two Symphony shows for her. He conducted the Wheeling West Virginia Symphony for the premiere of ‘Symphony in G Minor’ and wrote and performed piano in the show ‘Four Women’ featuring Shakura S’Aida which had it’s premiere with the Kamloops Symphony in 2013.

Lance also scored Judy and David’s Orchestral Adventure (children’s show for orchestra) which has thrilled young audiences across Canada and the U.S.

ABOUT THE “IN YOUR OWN BACKYARD” SERIES:

“We love organically grown events and this series is a prime example of that. In January of 2019, we started this series when local jazz pianist Doug Mundy asked us if we could store his Steinway grand piano at our Shady Acres Studio. We knew how our jazz fans LOVE the intimate concerts so we thought why not do one ‘In our own back yard’.

The first 4-part piano series was a huge success so we then decided to add another 4 shows and then another 2! 10 shows in total for 2019 and when the piano was removed we decided to continue with a guitar series. Part 4 of the guitar series came during the COVID-19 pandemic so we decided to adapt to the times. Our NEW live streamed events are now in YOUR own backyard.