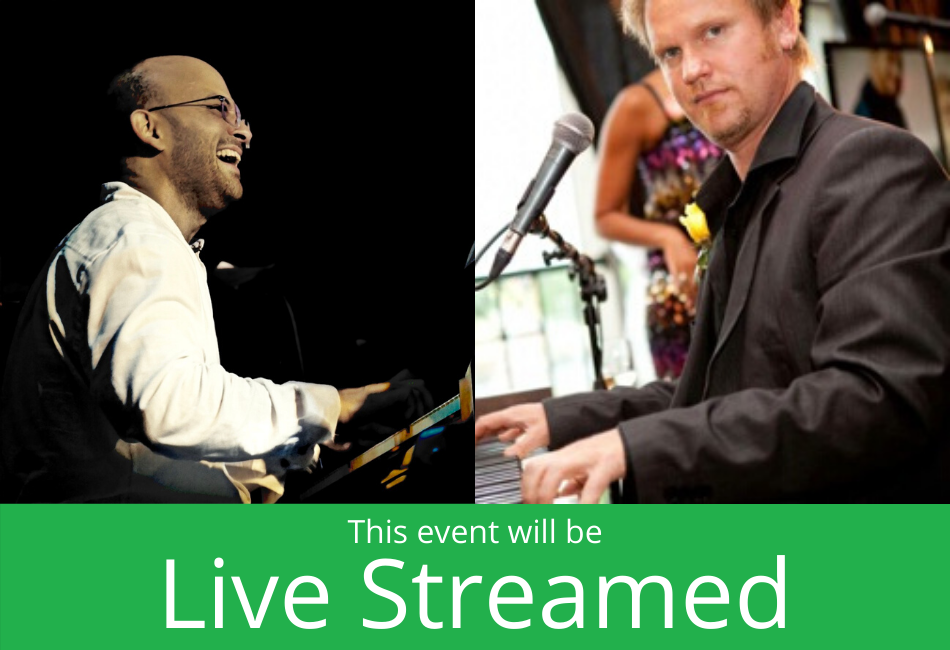 To tip Adrean or Peter:

A huge thanks to the City of St. Catharines for their support!

Adrean Farrugia began playing piano at the age of 12. By age 16 he decided that he would dedicate his life to music. Since then he has become recognized as one of Canada’s finest pianists and composers, having shared the music he loves globally with audiences across Canada, the United States, London UK, Paris, Tokyo, Tel Aviv, Australia, Poland, and The Netherlands with artists such as Ernie Watts, Sheila Jordan, Brad Goode, Joel Frahm, Ernesto Cervini, Matt Dusk, and The Worst Pop Band Ever.
Adrean serves on the faculties of Mohawk College and Humber College and has conducted masterclasses and workshops for students at the University of Colorado at Boulder, the Sydney Conservatorium, the Polish Jazz Society Summer Workshop, and the University of Toronto.  Adrean has played on more than 40 albums to date garnering 4 Juno award nominations, 1 Juno award, and 1 Grammy shortlist recognition.
Adrean believes that music has the power to both heal and inspire both the performer and the listener, as well as revealing a higher sense of being which exists in all people, and it is this belief that drives his continued journey and commitment to musical growth.  Adrean Farrugia is endorsed by Shigeru Kawai Pianos.

Peter Shea is an accomplished and versatile musician born and raised in the Niagara region. Peter graduated from the University of Toronto with a degree in jazz performance and composition and has been performing as a drummer, pianist and vocalist for over 20 years. He has played many prestigious jazz festivals, Montreal, Toronto, and more… as well as playing for musical theatre productions, including “The Jersey Boys”, “Tony” and “Tina’s Wedding”.

Peter is the co-creator of the TD Niagara Jazz Festival and currently lives in the Niagara Region where he performs and lives. Peter also teaches privately: Piano, drums and vocals.