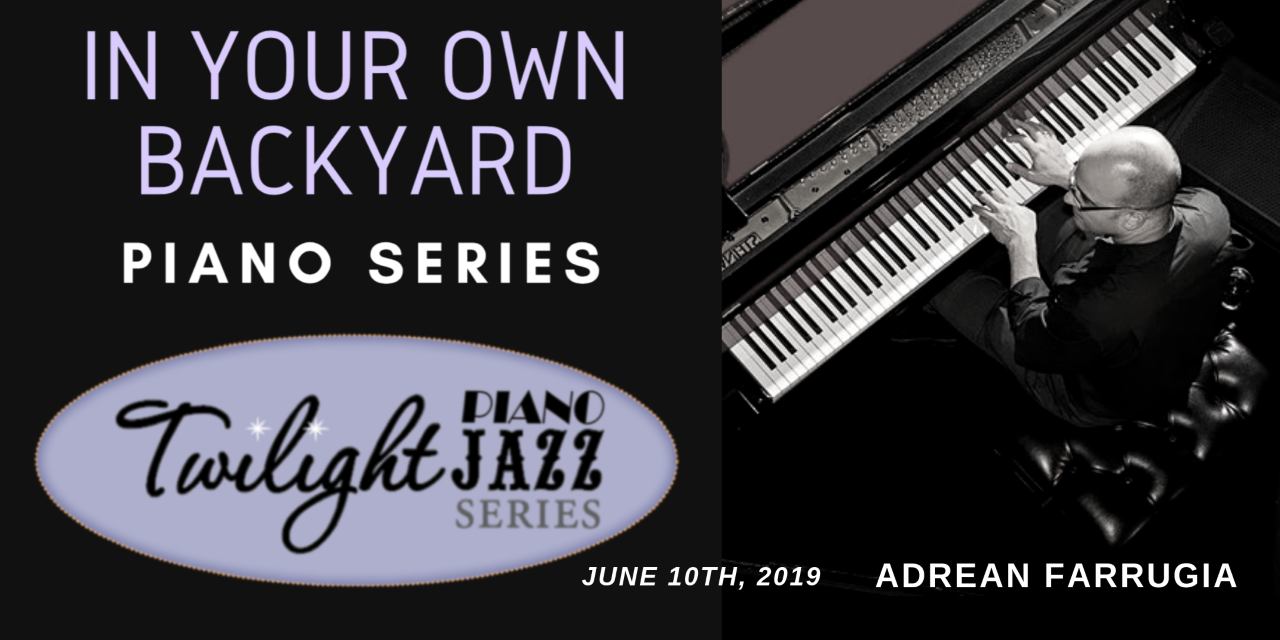 FEATURING ADREAN FARRUGIA:  ‘All about Adrean’

Date: Monday, June 10th, 2019
Time: 7 pm – 9:30 pm
Location:  This event is in an intimate setting at a private location in the North end of St. Catharines (close to Niagara-on-the-Lake).  For privacy reasons, the secret location is only revealed upon purchase of tickets or passes. (The location is fully accessible.)

PART ONE:  Monday, June 10 – Adrean Farrugia: All About Adrean

Click below if you’d like to buy a pass to all both events.  $49 + HST and handling fees.

Award-winning pianist and composer Adrean Farrugia is one of Canada’s most distinct voices on the piano. Since the late 1990s, He has been in high demand as a freelance performer and educator.  Keeping a busy touring schedule, mainly as a sideman, Adrean has toured extensively across Canada and the United States as well as in venues across Europe, Australia, the UK, Israel and in Japan.

As a leader Adrean has released four albums. His second album ‘Ricochet’ was nominated for a 2011 Juno award for best contemporary jazz recording, and his most recent release Blued Dharma on GB Records earned him a 2019 Louis Applebaum Composers Award nomination. As a composer, he has penned more than 30 works to date.

Adrean is currently on the faculties of Mohawk College and Humber College where he teaches contemporary piano, ensembles and improvisation. He has also served on the faculty
of York University. He has also done workshops/clinics at the University of Colorado, University of Toronto, The University of Western Ontario, The Banff Centre for the arts, The
Sydney and Brisbane Conservatories in Australia, and in Warsaw Poland as part of the Polish Jazz Society’s 35th annual Summer Jazz Workshop. Adrean has been a contributing writer to piano guru Larry Fine’s publication “The Piano Book”, the world’s foremost publication on all things piano. Adrean has also been a performer and panelist at the 63rd, 67th, 69th and 70th annual Conference on World Affairs in Boulder Colorado. Adrean is endorsed by Shigeru Kawai pianos.