Live Learn Jazz Series: Women of the Hour – ELLINGTON at the EXCHANGE

*All pricing is subject to HST and handling fees

*This show is PART TWO of a SIX part series.  CLICK HERE for information on the whole series.

Niagara vocalist Melissa-Marie Shriner’s lyric voice comes alive in her song interpretations, as she relates to her audiences in an unmistakably soul-stirring way.  Known as a multi-genre singer, whether it’s jazz, classical, or pop, she sings it from the heart.  With her one-woman shows and collaborations with other artists, Melissa-Marie aims to bring the highest level of musicality and musicianship to each performance.  She was most recently nominated as Female Vocalist of the Year (2018) and Established Artist of the Year (2018), and released her holiday album ‘A Christmas Love Song’ in November 2017. She is currently working on a new concert and recording project entitled ‘Pure Imagination’,  that will feature originals, jazz standards and classical crossover music, set to be released in Spring 2020. 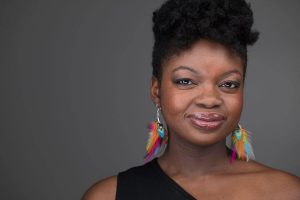 Award-winning Toronto jazz recording artist Faith Amour melds story and humour into her performances of classic and original songs, to bring the music of the past to life! Her warm vocals and charming personality brought audiences into her world of pure musical delight throughout her 2018 Ella Fitzgerald tribute series. She is in demand as a composer, conductor and as a featured vocalist for clubs and theatres, jazz orchestras, corporate and private events. Through her words and her songs, she aims to inspire all those she meets with a message of love and boundless hope for the future.

The TD Niagara Jazz Festival and the Exchange Brewery presents ‘Ellington at the Exchange’, an evening featuring some of the most rousing and poignant melodies written and performed by the illustrious jazz composer Duke Ellington.
‘Sir Duke’ chose to celebrate the uniquely distinct voices within his big band, which in turn, gave Ellington his own unmistakable sound.  It is with that same spirit that vocalists Faith Amour and Melissa-Marie Shriner perform “Ellington at the Exchange”, honouring the songs and musical personality of Duke Ellington as they bring together their two unique voices along with some of Niagara finest jazz musicians. 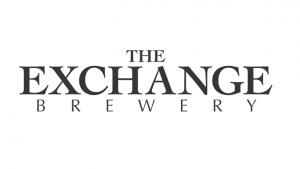