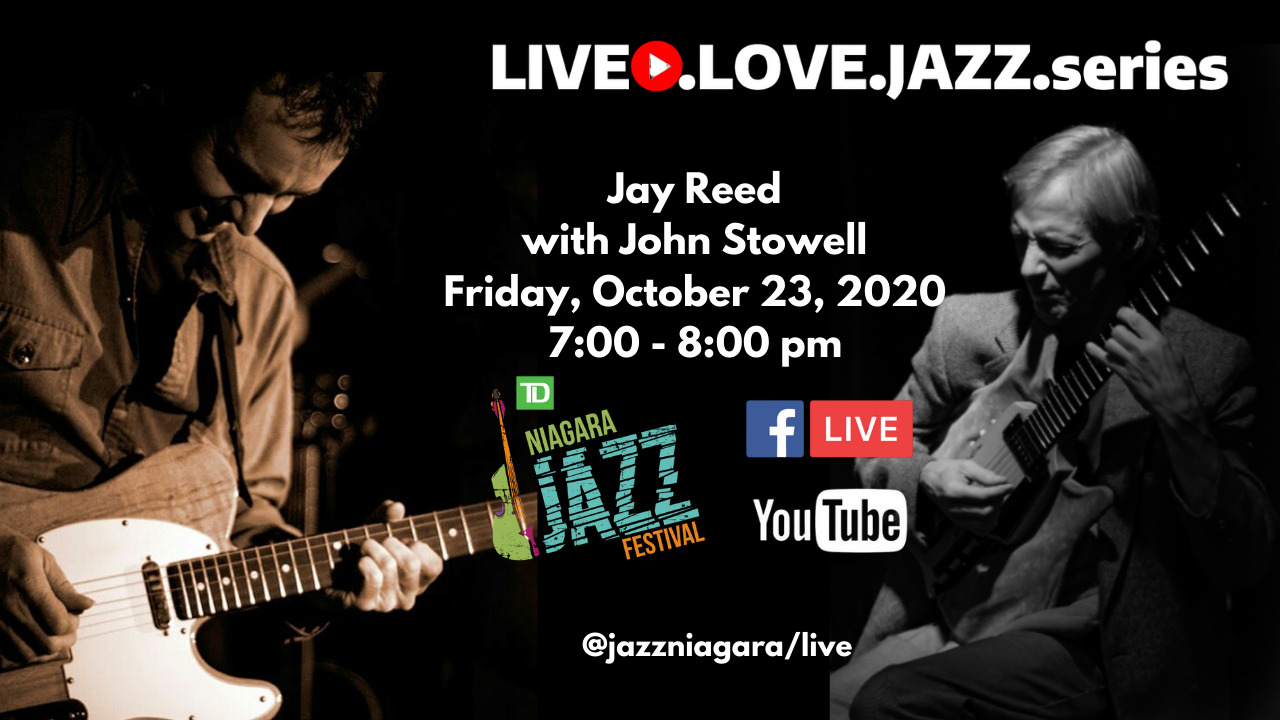 Jay Reed’s 30-year journey as a guitarist has been influenced by a diverse range of music styles – from the classic rock sounds of Led Zeppelin and Pink Floyd, to the technical brilliance and infectious swing of Oscar Peterson, and the more modern sounds of John Scofield and Wayne Krantz – all of these and more find their way into Reed’s list of influences.

At Mohawk College in Hamilton, Canada, Reed studied jazz theory and history, small group and big band arranging, and received ensemble and private guitar instruction with some of the best jazz musicians in the country. Upon receiving his diploma, he began performing as both a leader and sideman in and around the Toronto area. Reed has played more than a thousand gigs in his over twenty-year professional career, and has presented original music at the Brantford International Jazz Festival, the TD Niagara Jazz Festival, Willowbank Jazz Festival and In The Soil Arts Festival, among others.

John Stowell began his successful career in the early 1970’s with private study with guitarist Linc Chamberland and pianist John Mehegan. Both men were valuable mentors to John, allowing him to play with them as he progressed in his development. Several years later he met bassist David Friesen in New York City, and they formed a duo that recorded and toured prolifically for seven years, with performances in the United States, Canada, Europe and Australia.

In 1983, John and David joined flutist Paul Horn and Paul’s son Robin Horn (on drums) for a historic tour of the Soviet Union. This was the first time in forty years that an American jazz group had been invited to play public performances in Russia. In 1993, 1995, 1998 and 2012 John returned to Russia, playing in numerous cities. His two sold-out performances in Kursk may have been the first appearances there by an American jazz musician.

John continues to tour, record and teach internationally. He has been Artist-In-Residence at schools in Germany, Indonesia, Argentina, and in the United States and Canada. He served as assistant director and performer in Oregon Public Broadcasting’s PDX Jazz Summit in 1991, and since 1995 has been a contributing columnist for a number of magazines, including “Downbeat”, “Guitar Player”, “Canadian Musician”, “Soundcheck” (Germany), and “Guitar Club” (Italy).

Thank you to our generous sponsors for their support: