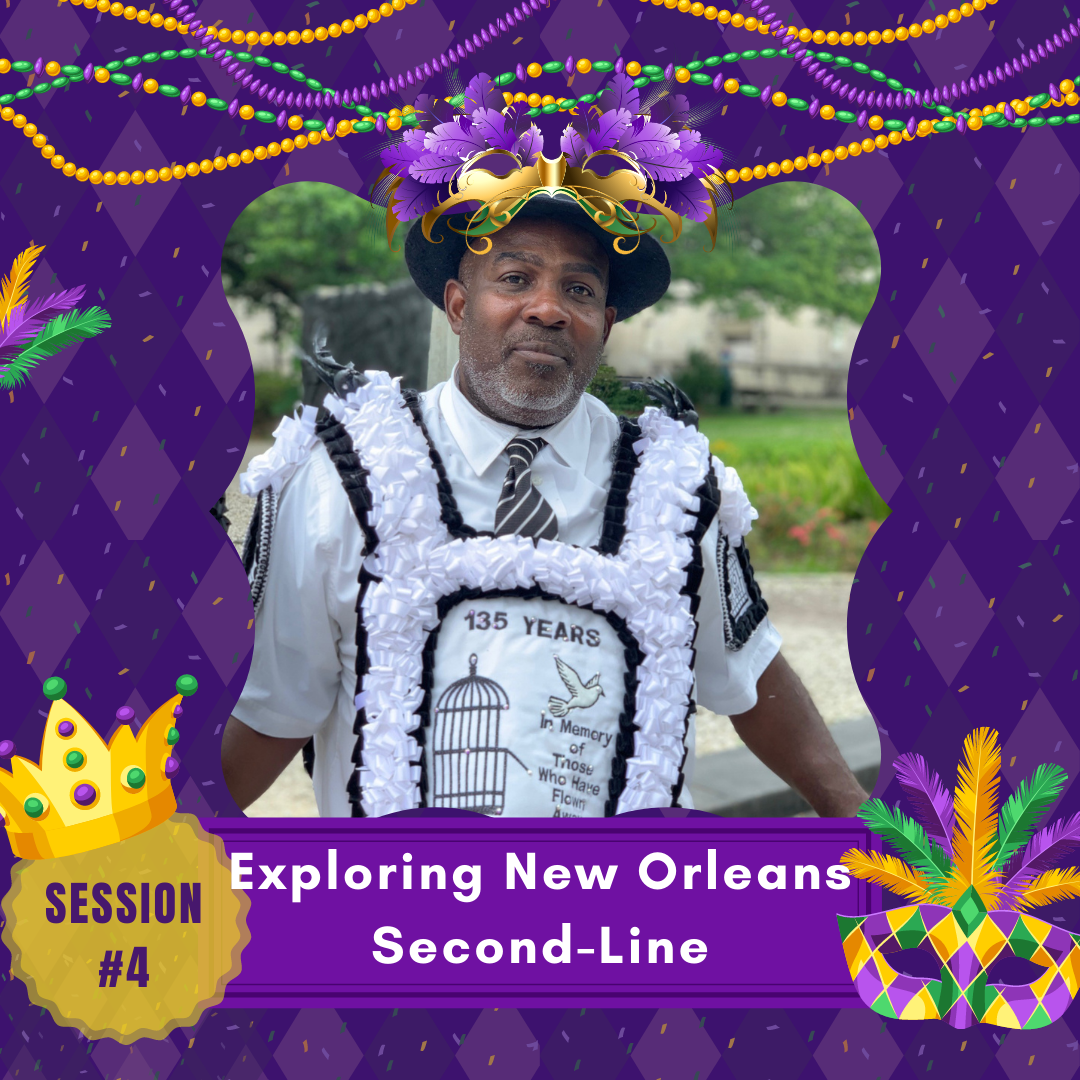 The Young Men Olympian Jr. Benevolent Association founded in 1884, is the last benevolent society still parading in the city of New Orleans. Originally the organization also served its African-American members with health care benefits and insurance in the era of segregation. Many benevolent societies morphed into social aid and pleasure clubs and the different clubs parade with brass bands on 40 different Sundays a year in second line parades.

They are called second lines because of the second line of people that follow the parade and dance along often behind a rope line. The parades originated in the 1800s before Jazz music when funeral processions would play dirges to the cemetery then play upbeat happy music leaving the cemetery.

Though some people call them Jazz Funerals even though YMO predates the beginning of Jazz. The music has morphed from upbeat marches to Ragtime to Jazz to New Orleans Funk. Today YMO is still very involved in the community and sponsors two parades a year and buries it’s members with brass band processions. James Williams, 88, is the oldest parading member of the Young Men Olympian Jr. Benevolent Association. The oldest second line group, the Young Men Olympian Jr. Benevolent Association, Inc., had its 130th anniversary parade through the streets of Central City and Uptown New Orleans, Sunday, Sept. 28, 2014. The parade featured five divisions with several brass bands.

Dr. Brice Miller is a member of YMO. He interviews several members for this interpersonal conversation regarding the the organizations history, its role in the community, specific roles members perform and much more. Very little is known about this Black-male fraternal organization. The interview takes place in the YMO’s private club house, located in Uptown New Orleans, not far from the home of Buddy Bolden, The Godfather of New Orleans jazz!