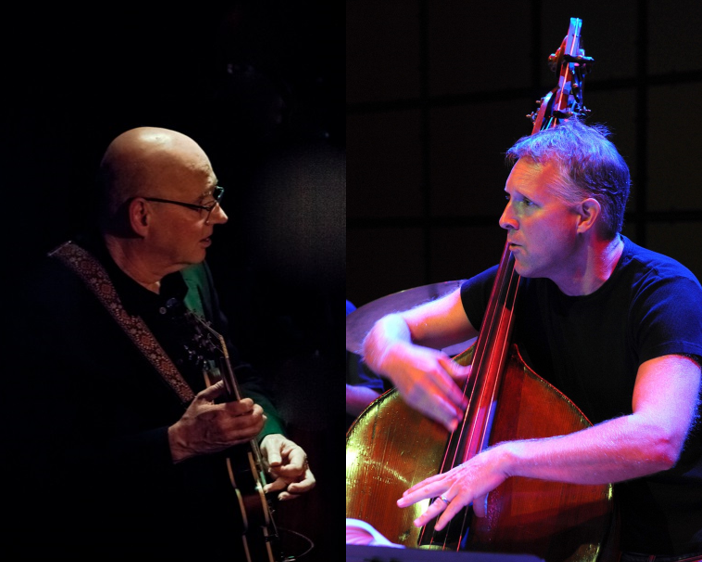 TED QUINLAN AND MIKE DOWNS – THE ART OF THE DUO:

Ted Quinlan and Mike Downes have enjoyed a long collaboration as a duo. In this concert they will be revisiting and exploring material from several of the most compelling guitar-bass recordings by artists such as Jim Hall and Ron Carter, Ed Bickert and Don Thompson, Lennie Breau and Dave Young, and Pat Metheny and Charlie Haden. As well they will perform tunes from their own repertoire that highlight their unique contribution to this art form. We hope you’ll join us for this in depth conversation between old friends!

Ted Quinlan is regarded as one of Canada’s top guitar players. His skills are highly in demand as a jazz player, session musician, writer and educator. As a busy sideman Ted has performed with Chet Baker, Freddie Hubbard, Jimmy Smith, Joey DeFrancesco, Michael Brecker, Dave Holland, Maria Schneider and Dave Liebman. His debut CD ” As If” received a Juno nomination for Contemporary Jazz. It was followed by “Streetscape” which features him in a trio setting and “Around the Bend”, a duo collaboration with piano great Brian Dickinson. His latest recording “Absolutely Dreaming” was released in the fall of 2019.

Multiple JUNO award winner Mike Downes has been a major force in Canada’s music scene since the early 80s. He has had the opportunity to work with a long list of international artists including Pat Metheny, Chris Potter, John Abercrombie, Kenny Wheeler, Dave Liebman and Donny McCaslin, along with many of Canada’s top musicians including Don Thompson, Terry Clarke, Pat LaBarbera, Robi Botos and Molly Johnson.

ABOUT THE “IN YOUR OWN BACKYARD” GUITAR SERIES: 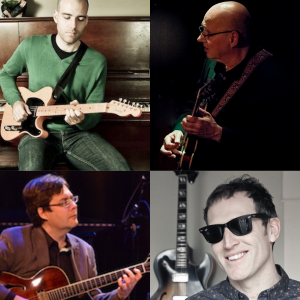