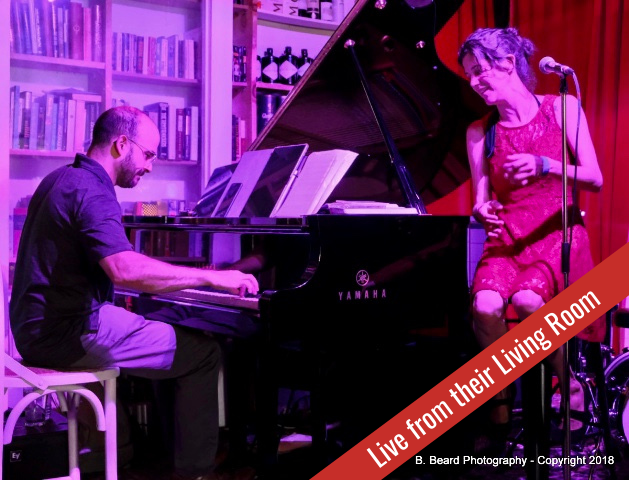 When Sophia Perlman (singer) and Adrean Farrugia (pianist) decide to get together and play songs – standard and otherwise – the same thing never happens twice.

DINNER + SHOW: A member of the TD Niagara Jazz Festival team will be contacting you to confirm your menu selection (Club 55) and curbside pickup time for the evening.

This session of the Twilight Jazz Series features SOPHIA PERLMAN and ADREAN FARRUGIA, with an opening performance by DOMINIQUE LALAMA 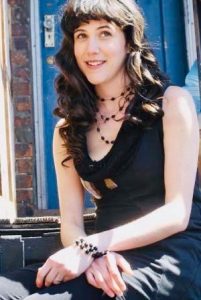 Sophia Perlman is singer, musician, songwriter, arts facilitator, choral conductor, music director and educator. She is known primarily for her work as a jazz, blues and improvising musician. She has toured Canada as a bandleader, as co-leader of the band PerlHaze, and can be heard on numerous recordings as both a collaborator and featured guest.
When not performing, she finds a wide range of work rooted in her belief that music belongs to everyone, and that anyone can sing. 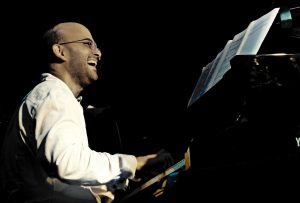 Adrean Serves on the faculties of Mohawk College and Humber College and has conducted masterclasses and workshops for students at the University of Colorado at Boulder, the Sydney Conservatorium, the Polish Jazz Society Summer Workshop, and the University of Toronto. Adrean has played on more than 40 albums to date garnering 4 Juno award nominations, 1 Juno award and 1 Grammy shortlist recognition.

Adrean believes that music has the power to both heal and inspire both the performer and the listener, as well as revealing a higher sense of being which exists in all people, and it is this belief that drives his continued journey and commitment to musical growth. 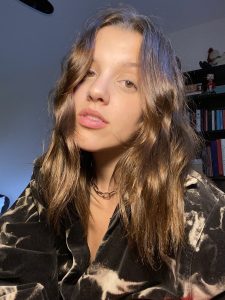 Dominique Lalama is a 23-year-old Fenwickian living in Toronto, who is so happy to be back in the Niagara region to participate in this amazing festival! Dominique has been playing instruments and singing since she was 4, encouraged by a super talented musical family! She is a well-rounded vocalist who has been trained in jazz, musical theatre, and pop vocals, and has performed in venues all over Toronto and the Niagara region.

In the spring of 2020, she graduated with high distinction honours from the University of Toronto’s Jazz Vocal Performance program. While at University of Toronto, Dominique had the opportunity to study with jazz legends such as Mike Murley, Alex Samaras, Chase Sanborn, Laura Swankey, Andrew Downing, Tara Davidson, Jim Lewis, and many more! Dominique continues to pursue music by posting covers, originals, and music-related videos regularly on her YouTube channel, and is in the process of recording her first album! 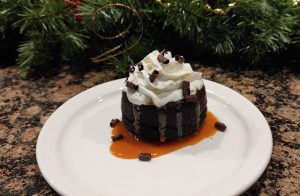 Your choice of:
Penne and Meatball
Chicken Dinner with Mashed Potatoes and Vegetables
Butter Chicken and Basmati 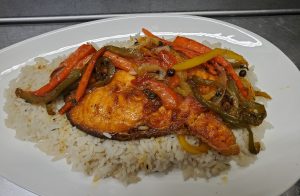