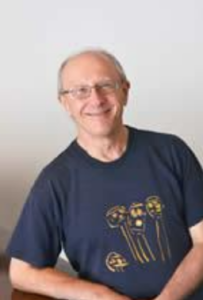 Michael Morse has completed a Master’s in Ethnomusicology (MRP on Thelonious Monk’s ‘Round Midnight), plus a Master’s (MRP on Heidegger, 1991) and PhD (1996) in Social and Political Thought at York University. His dissertation was The Tune in Jazz as a Social Process — Prolegomena to a Sociology of Music. A book on musical rhetoric is in progress.

Michael has taught at York and for several years in the Cultural Studies Programme at Trent University, developing original conceptions for music history and sociology courses, as well as introductory cultural theory and a history of avant garde movements. He has also taught humanities at Humber College, George Brown College, Centennial College and musicianship courses at CAMMAC summer music camp.

Michael was happily married to Jo-Anne Kirwan Clark, who continues a busy career as an actor at the Shaw Festival and elsewhere. Their children are Timothy, 14, and Molly, 11, who are interested in every sport known to humanity and animals, respectively. Neither of them has the faintest idea who the Spice Girls are.