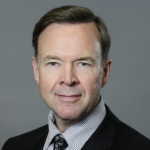 Joe Robertson was a long-time Niagara resident, entrepreneur, and supporter of music and the performing arts. He and his wife Anita built a small local company to be the largest dental supply company in Canada, whose head office and largest distribution centre is in Niagara-on-the-Lake. They were Platinum members of the Brock Centre for the Arts, Diamond sponsors of MusiCares, avid supporters of the Jackson Triggs Amphitheatre concert series and long-time Shaw Festival Governors Council members. Joe was also Chair of the Board of Brock University and a Governor of Ridley College.  Joe was absolutely thrilled to be Chair of the inaugural NOTL Niagara Jazz Festival. 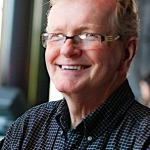 Peter Gill was born and brought up in Toronto, lived for 7 years in Vancouver and then relocated to Niagara-on-the-Lake, 14 years ago. His work career was in Claims and Risk management with the Corporation of the City of Toronto and latterly managing claims with a private insurer in Vancouver for seven years. While there he started a consulting business in the same field with clients in BC and Ontario, continued that business from NOTL, but has now retired.

Fundraising has become a sort of hobby for him. His first independent fundraising was for the 1980 Terry Fox original run when he organized a very successful multi-departmental challenge at the City of Toronto. Subsequently, he has organized events and raised funds for Gillian’s Place, the NOTL Cancer Society, the new St. Catharines hospital, the Red Roof Retreat, the Shaw Festival Guild, the latter three while on their Boards, and other charities. Peter and his wife Judy are both music lovers, in particular jazz, and have taken various opportunities to see some of the jazz greats over the years and played the trumpet for many years in his teens.

When the Niagara Jazz Festival was formed the attended many events in both 2014 and 2015. When he heard a new Board was being created, he contacted Juliet Dunn and also the Chair of the 2015 Board for more information, and subsequently applied to be on the Board, where he was nominated and accepted the position of Chair for 2016-17.