IF THIS PIANO COULD TALK…

Three SOLD OUT  exclusive events at White Oaks Resort and Spa.  Scroll down for videos of the spectacular performances.

JOIN US for our second annual Twilight Jazz Piano Series.  The Twilight Jazz Series is now in it’s 7th year and it has always been our dream to host a piano series on an acoustic piano.  And now that day has come…

More details on the 2019 line up COMING SOON and scroll down for info and videos on our 2018 series.

John Sherwood is recognized by his audiences and his peers as one of the top jazz pianists in Canada today. He appears regularly with the late vibesmaster Peter Appleyard, and has performed, toured, and/or recorded with a lengthy list of other jazz greats including Moe Koffman, Guido Basso, Kenny Wheeler, Rob McConnell, Ed Bickert, Jake Hanna, and Butch Miles.  John was a featured artist with his tribute to Oscar Peterson at the 2017 TD Niagara Jazz Festival. and is always a Festival favourite. 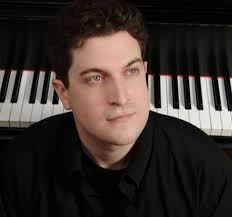 Pianist John Roney is one of the most active and visible artists on the Canadian musicscene. His versatility as a jazz pianist, classical pianist and composer is unrivalled, demonstrating a mastery of an astonishingly vast range of artistic abilities and sensibilities. Obtaining his baccalaureate in jazz piano, classical piano, and composition from University of Toronto in 2000, he went on to complete his Master’s degree at McGill University in jazz performance.

Brian Dickinson has been a mainstay on the Canadian jazz scene for over thirty-five years. His skills as a jazz pianist, composer and arranger have been heard on well over sixty recordings including over ten of his own releases as leader. 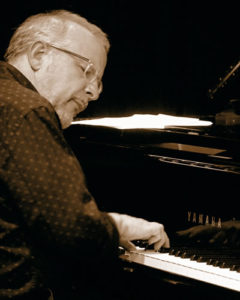 In July, 2015 Brian will be recording with a new group “The Rhythm Method”, comprised of Kelly Jefferson and Luis Deniz (saxophones), Neil Swainson (bass) and Ted Warren (drums). The original music from this session will be featured in a new publication also titled “The Rhythm Method”.

As well as touring Canada extensively, Brian has also toured the US, Europe and Asia.